Apple would prepare two new iPad Pro of 16 and 14 inches. The new iPad Pro, probably named Ultra, would run under an OS closer to macOS than iOS. Apple could launch these new tablets as early as next year.

According to The Information, Apple will introduce a new 16-inch iPad Pro at the end of 2023, in line with the iPad renewal cycle. Although not mentioned, there would also be a new 14-inch variant.

It is not yet known whether Apple will continue to release 11-inch and 12.9-inch iPad Pros. But given the large user base of its current iPad Pros, we assume all four sizes will co-exist, further blurring the line between iPad and MacBook.

An even more extreme iPad Ultra

As for the name, it’s possible that the larger iPad Pro models will be labeled Ultra, like what’s announced for the iPhone 15 Ultra. The new 14-inch and 16-inch iPad Ultra could be equipped with the M2 Pro or M2 Max SoC. Unfortunately, nothing is known yet about Apple’s future high-end SoCs.

These rumors are supported by the fact that Apple could soon release a dedicated version of macOS for the iPad. The new OS should support office applications while being suitable for touch screens. It was mentioned that all iPad Pros from 2022 will be updated to the new OS. 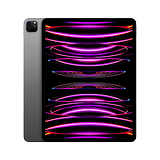 In terms of price, it is still early to predict that of the 14- and 16-inch iPad Ultra. But given the price of the 2022 12.9-inch iPad Pro, we can certainly expect much higher prices, similar to those of the high-end MacBook Pros.

What do you think of the idea of ​​having a 16-inch iPad Ultra? Would you buy it?

NVIDIA gaming revenue should return to growth this quarter