Eight years after its original announcement, the long-awaited first-person survival horror game Scorn arrives on Xbox Series X | S and PC. Although the project was criticized for its vague action component, the world created by the authors from Ebb Software turned out to be mesmerizingly frightening. Without any explanation, you immediately find yourself in a creepy mysterious place that seems ancient and advanced at the same time.

As with any good survival horror game, your game time will be mostly spent exploring locations and solving puzzles, with occasional pauses for skirmishes with opponents. The local weapons and combat system seem artificial and optional appendage, in large part because the firefights here and should not be the focus. Stylistics and visual effects inspired by the works of the author of the Alien prototype, the great and terrible H.R. Giger, retain their repulsive appeal throughout the story campaign and make you numb with admiration and disgust at the same time.

If the Kunstkamera is just a museum for you, then you will feel right at home in the games from our list, which will briefly bring back the chilling atmosphere of Scorn to you. 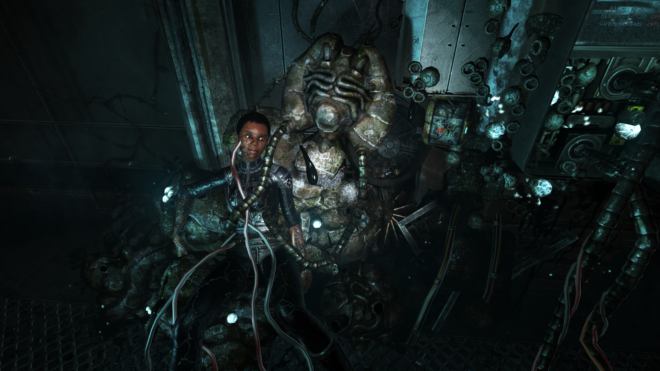 SOMA can compete with Scorn in terms of overly naturalistic scenes and oppressive atmosphere. This immersive survival horror game was released in 2015 by Frictional Games and scared the players with the variety of phobias and nightmares that can cause a long stay at this abandoned underwater station.

SOMA brings up some pretty important themes, and its measured pace of storytelling, with a moderate amount of action scenes, is well suited to unraveling complex moral dilemmas and timeless questions. What makes a person “human”? What will you do when faced with your own mortality? SOMA wants you to ponder your answer as you roam its eerily dark empty corridors. 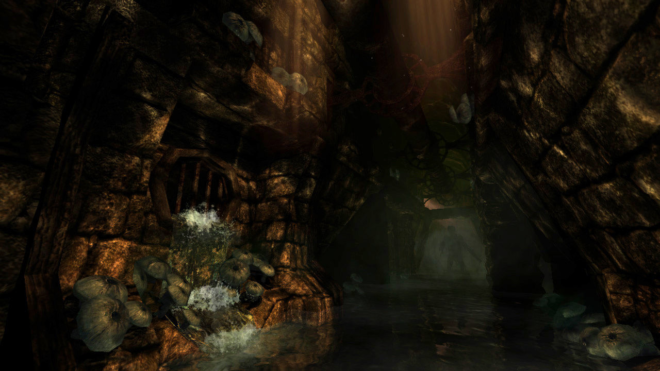 Are you ready to change the setting of the biomechanical mysterious temples of Scorn to the dark and dreary castle of Amnesia: The Dark Descent? This is another first-person survival horror from Frictional Games that does a great job even more than a decade after its release.

As the game progresses, you will solve puzzles and hide from enemies while trying to keep your sanity. You should always keep an eye on your character’s mental state, as you’ll face illusions, temporal anomalies, and even sudden death on higher difficulty levels if you let it drop low enough.

Amnesia is gripping, terrifying and one of the greatest horror games ever made. 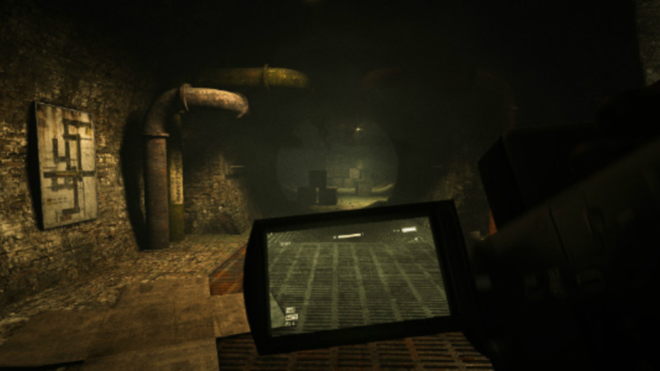 Do yourself a favor and don’t play Outlast with the lights off. This debut game from Canadian studio Red Barrels was released in 2013 and managed to scare even the most hardened first-person horror fans around the world. You will play as Miles Upshur, a journalist who has gone to a remote psychiatric hospital in Colorado where everything has gone awry.

Armed only with a video camera that needs to be periodically changed batteries, you will have to uncover the secrets of this terrible place and try to get out of there alive. While Outlast differs greatly from Scorn in its unwavering pacifist approach to the protagonist’s use of force, atmospheric horror fans will still feel at home here, as much as they can be made under these conditions. 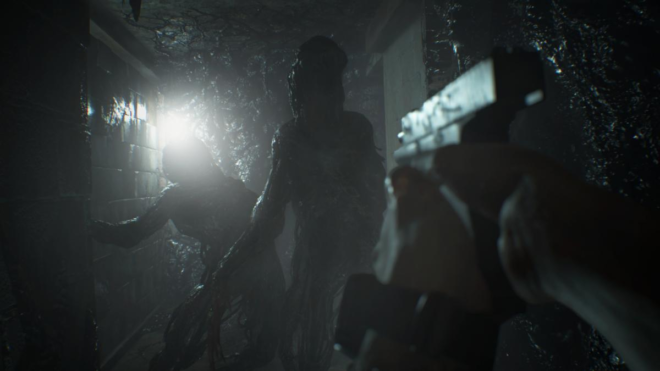 After years of focusing on swashbuckling action gameplay and a distinct lack of identity, the Resident Evil franchise returned to its roots in the seventh installment, shifting the focus back to survival, resource management, and primal fear gradually enveloping the player’s mind. It was the first game in the series with a first-person view, which allows you to feel the horror of what is happening from the first minutes and become a direct participant in the most disturbing scenes.

From the doorstep, the game throws us at the mercy of a crazy family who are supposedly holding the wife of protagonist Ethan Winters in their village horror house. Anyone whose thirst for methodical, concentrated horror gameplay has not been quenched after completing Scorn, you are welcome to visit this hospitable family mansion, lost somewhere in the middle of the swamps of the American wilderness. 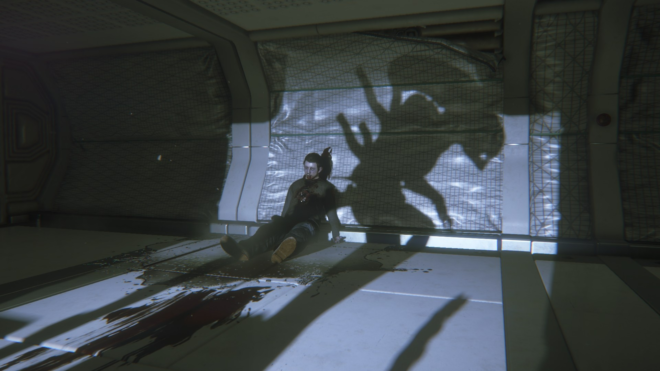 There’s a good reason why Alien: Isolation’s sequel is still waiting nearly a decade after its release. This is not only one of the best video game adaptations of the Alien series, but also the benchmark for first-person stealth horror. Isolation, of course, has its problems: the controls may not seem very convenient, and the storyline campaign is too long. However, the most important thing here is the atmosphere of the original film, and it completely covers all the minuses.

Goosebumps run through your skin as you travel through the distressed Sevastopol space station. The hairs on the back of your head will stand on end as you frantically wait for the next appearance of a xenomorph who is persistently trying to accompany you on this long lonely journey into the world of first-class science fiction and the atmosphere of a dystopian distant future, imagined by people from the past millennium. 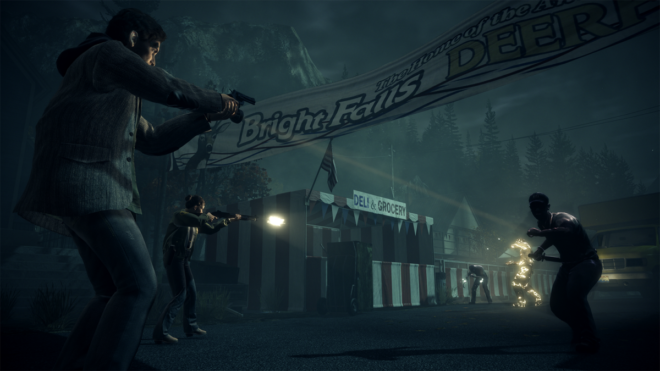 If you’ve ever wondered what horror writers themselves fear the most, take a look at Remedy Entertainment’s 2010 cult classic Alan Wake. Here you control the writer Alan Wake, who investigates the disappearance of his wife in the town of Bright Falls in the best tradition of “Twin Peaks”.

Suddenly, possessed people begin to pursue him, shrouded in darkness, which can only be dispelled with a flashlight. More standard shooter mechanics appear in the game a little later, creating an opportunity to choose between forceful or non-violent ways of resolving issues. Throughout this schizophrenic nightmare, you will see the pages from Wake’s latest novel come to life around him. While the level of nastiness here is significantly lower than in Scorn, Alan Wake makes up for it with an incredibly creepy atmosphere.

Also, now is a good time to get to know the title, as we can already slowly prepare for the release of the sequel in 2023. 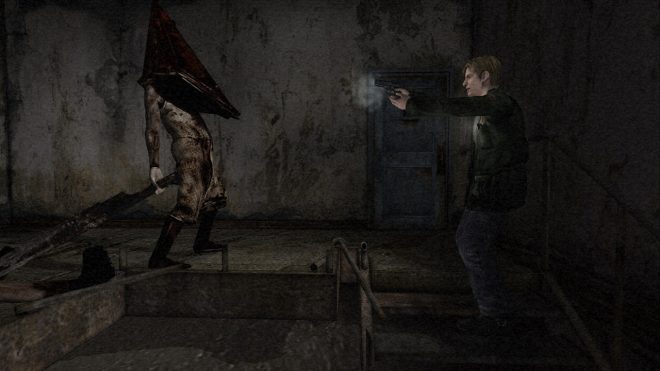 Team Silent and Konami are the godfathers of the survival horror genre, and Silent Hill 2 is their main masterpiece, which was released in 2001.

The protagonist of the game, James Sunderland, after receiving a mysterious letter from his late wife, travels to Silent Hill, a small town that turns out to be hell on earth.

Spoiling such a plot with inappropriate action and vulgar gore would be easy, but the themes of self-reflection and emotional trauma after the loss of a loved one are shown here at the highest level and serve as an additional catalyst for all those nightmares that our unfortunate protagonist is destined to face.

As in the case of Alan Wake, most likely in 2023 we will see another game in the series, though not a continuation, but a full-fledged remake of Silent Hill 2 on a new engine.

The game is not available on official digital services 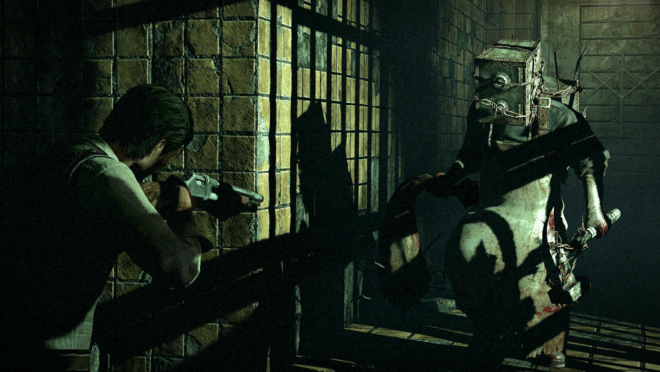 When the legendary developer Shinji Mikami takes on a new project, the entire gaming community freezes in impatience. The mastermind behind the aforementioned Resident Evil series returned to the world of horror in 2014 with The Evil Within, and showcased its genre expertise in a delightfully bloody third-person action horror.

While the game’s script and characters may seem secondary to you, Crimson City is clearly worthy of entering the pantheon of the creepiest places in video game history. Focused on stealth with action elements, the gameplay of The Evil Within remains relevant to this day, and the mechanic of burning downed enemies to prevent them from respawning will be remembered for a long time.

Russian employee of Epic Games could be cheating in Fortnite

Stray Blade: The Soulslike Adventure is revealed in the extensive story trailer

PC gamer screen promotion: this 27-inch curved monitor is at a low price