MARKEVYCH: “Kolomoisky said: I didn’t ask you to reach the LE final at all”

Markevych: “kolomoisky Said: I Didn’t Ask You To Reach The Le Final At All” 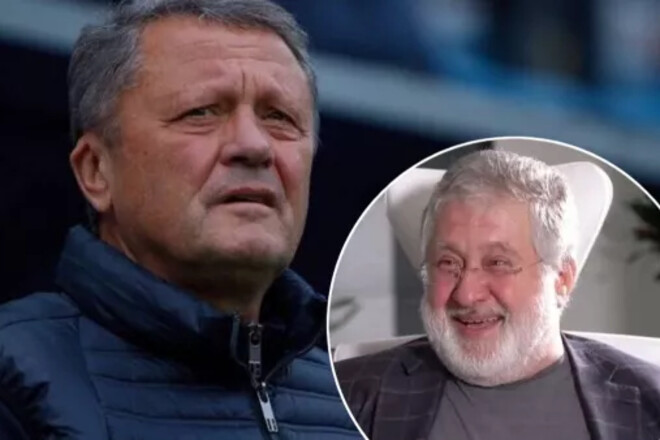 Ex-coach of Dnipro Myron Markevich spoke about the Europa League final against Sevilla (2:3), which took place in 2015.

– If you remember the final with Sevilla and return to that day, May 27, on the eve of the match, what would you do differently?

– (Laughs) To be honest, I did not guess right with the replacement. Everything went to a draw there, probably there should have been extra time. Something I was afraid to release then Luchkevich. I don’t know why, to this day it torments me. Luchkevich was on the move then, he worked a lot on the field, but I released Bezus. He played well against Shakhtar a week before the final. I thought Bezus would come out and score.

It is now possible to guess. In principle, we played well in the final. But Sevilla is Sevilla. I remember, when I moved to Dnipro, I asked to take Banega to the team, he then played in Valencia. In principle, we agreed, and he already wanted to go to Dnepr, and for free. He did not have to pay for the contract, he asked for a salary of about 2 million. There were players in Dnipro who received that kind of money. I asked to take this player, I needed him, but I was refused. And in the final, he led the game of the Spanish team and gave us a lot of problems. Banega in the final is half of Sevilla. It is a pity that the Argentine did not play in our team then.

– They say that when you once saw a statement of the salaries of Dnipro players, you were indignant. Remember what you said then?

“He said it shouldn’t be like that. Everything needs to be cut. There were no such salaries at Metalist. In Kharkiv, bonuses were paid for each game. The guys came out and fought. And in the “Dnepr” it was necessary to do so. Money needs to be earned, and so, it turns out, he entered the field, shook one place, and received a salary. And so every month.

Bonuses in Dnipro were promised to players only if the team reaches the Europa League final. But they never paid. I am waiting for this money to this day (laughs).

– There was a banquet after the Europa League final. Kolomoisky was also there. Remember what he said then?

– Yes, we were invited, and Kolomoisky then told me: I didn’t ask you to go to the final at all. At the time I didn’t understand what he was talking about. Then it all became clear why these elephants were said. They stopped paying us altogether, even our salaries.

– Yes, there not only owed me, many people. Then the debts of “Dnepr” were not very large. I just had to give half of that amount. I do not think that it was a lot of money for Igor Valeryevich, thus he would have saved the club with a hundred-year history. But, as Kolomoisky once said: “Only weaklings repay debts.”

– When did you realize that everything in the Dnieper was going to collapse?

– After the Europa League final. We didn’t even have food. Rusol and Stetsenko gave their money to at least feed the team. I also joined this process. We had to support the guys somehow. I paid them some bonuses. Did it for myself. I can’t say that that money was decisive for the players. And without them, all the guys took to the field and played – and well.

Maybe you remember Vernydub’s phrase that Zorya is already third in the championship. I told them then: “We need to somehow respond to these words.” They heard me and played better than before. I am grateful to all of them for the two years that we spent together. They are all professionals. For nine months we played without getting a penny for our work. Even then I guessed that the Dnieper was beginning to disappear slowly.

– Why do you think Kolomoisky didn’t sell some players and didn’t pay off the team after the Europa League final? Did he have such an opportunity?

– I do not know. He should be asked this. I didn’t understand his logic and probably never will. After all, then all standing players left for free. How so? It remains a mystery to me to this day. But Kolomoisky decided so. Well, there’s nothing you can do about it. Personally, I continue to live with that “Dnepr”. What a great team history! How many famous players went through that Dnepr! It’s a pity for the team that was simply destroyed.

Metroidvania Elderand will be coming to Switch, in addition to the previously announced PC version, and will be released in early 2023

Record of Ragnarok: Eva cosplay by shino.zaki2.0 is full of light