Valve decided to increase il advised price of the games on Steam in many territories. What does this mean? Basically, a table has been published with the new prices of medium-high-end games, which will serve as a reference for all the others. The increases affect all regions of the globe to some extent, but in some cases they seem to be truly gigantic. 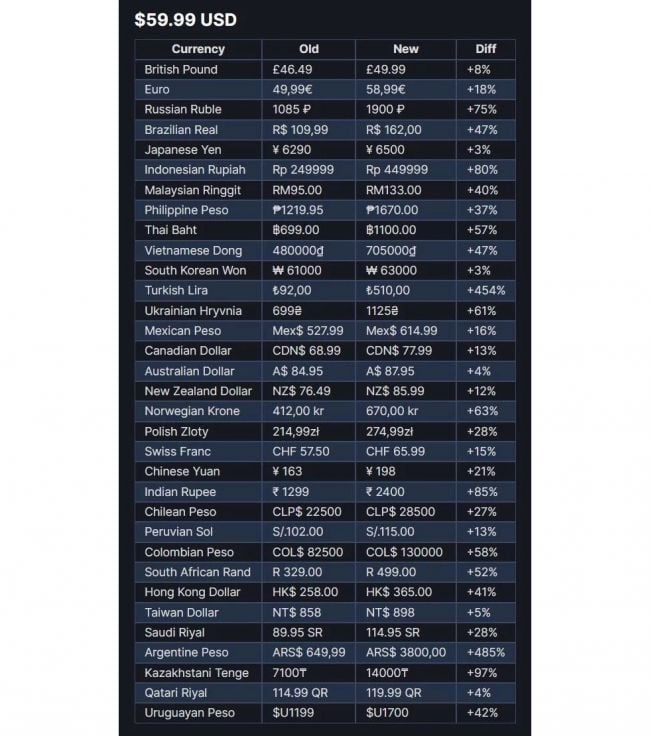 Now, it should be noted that on Steam the recommended prices are not mandatory, as you may have noticed. In fact, some publishers have been publishing for some time and in total autonomy at the prices indicated by Valve (even higher, in some cases). Nonetheless, it is reasonable to expect an adjustment of most of the medium-high range market to the new indications, aimed at combating the effects of inflation, which have affected everyone.

The risks of these increases are evident, first of all the potential return to a massive reliance on piracy by those who will be forced to pay much more for each single game. Let’s hope it doesn’t really happen. However, when prices rise it is never a good news.

“He is always one step ahead”: a fresh trailer for The Dark Pictures: The Devil in Me was released