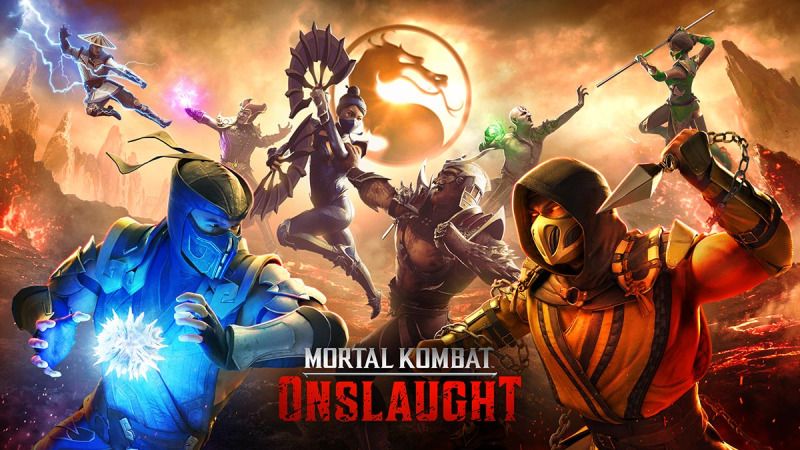 The same image as on the title screen of the game

Today, someone leaked a photo from a Mortal Kombat mobile RPG called Mortal Kombat Onslaught, which will be released next year for mobile platforms. As a result, the photos were deleted, but as you know, what got on the Internet remains there forever, and therefore, users of different social networks and groups managed to save these photos for themselves.

In the photos above, we can see the game’s title screen, a character selection screen showing Erron Black, Scorpion, and two other unknown dark ninjas, male and female, who look like Noob Saibot. Also, there is a gameplay screen and, apparently, a pumping screen or something like that, where you can also see the objectives of the current mission. Also, judging from one of the screenshots, this is an early access version of the game that only certain people, such as testers, can access.

The exact release date of the game has not yet been announced, however, as mentioned above, the game itself will be released next year in 2023 for mobile platforms. And most likely, it will be an RPG in the style of Raid Shadow Legends, but Mortal Kombat. The peculiarity of this game, unlike other mobile games on MK, is that there will be a real cinematic story, with staged cutscenes.

Samsung: new wireless charger will be part of your Smart Home

In Gungrave GORE, players will receive a serious bonus for beating the game on the highest difficulty.