Conquest Reimagined, a massive action game set in the world of The Lord of the Rings, showcases the beauties of Helm’s Deep and Hornburg Fortress

Conquest Reimagined, A Massive Action Game Set In The World Of The Lord Of The Rings, Showcases The Beauties Of Helm’s Deep And Hornburg Fortress 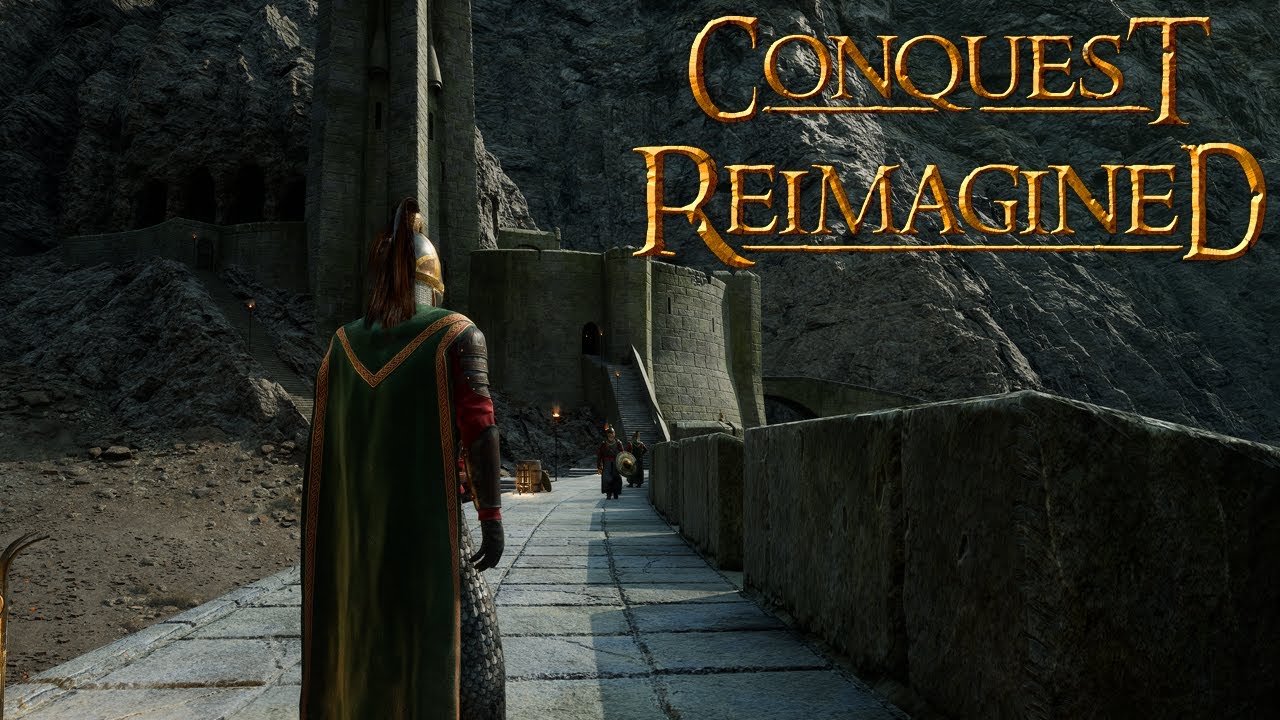 While major studios are in no particular hurry to create cool projects in the Lord of the Rings universe, fans are hard at work. Developers of the 2009 remake of the game The Lord of the Rings: Conquest we decided to present Helm’s Deep in the video before the great battle with the Isengard troops, as well as at the moment the battle began. Abigail Carrie, one of the leading voice actresses, serves as the announcer.

The game is currently at the pre-alpha stage. The creators decided to demonstrate a map of the future battle, playing the role of a soldier of Rohan. Returning after a skirmish with the orcs, the warrior enters the Hornburg fortress. The streets are filled with typical medieval urban bustle, and the player, meanwhile, approaches the officers in order to find out how to help before the battle. When performing various small missions, be prepared for the fact that you can switch the camera to both third-person and first-person mode (in order to observe the panoramic beauty of the world of Middle-earth).

In addition to the fortress itself, a huge cave was also shown, in which fighters can hide in case the orcs break into the Hornburg. There are quest givers even at such great depths.

As the battle progresses, you will be able to use various interactive objects on the maps (for example, in the Hornburg fortress – this is the Big Horn). Its sounds terrify the assault troops.

At the end of the video, the iconic moment of the battle for Helm’s Deep was shown, when the berserker runs with a lit torch and detonates a large bomb planted by the orcs at the base of the fortress. The battle itself, apparently, will already be demonstrated in the following videos from the developers.

Conquest Reimagined will offer players long-term major battles, with their production reminiscent of the best moments from the Peter Jackson trilogy. At your disposal will be 5 unique classes, dozens of famous heroes (both from the side of Light and from the side of Darkness), a large number of factions and battlefield locations.

The release date of the project is not yet clear, because. The game is at an early stage of development. Follow the news so you don’t miss anything!

The Attack of the Giants, final part: the Italian dubbing arrives. Here are the Dynit projects announced in Lucca!

AVAKA R1: Good way to enter the world of e-Bikes!