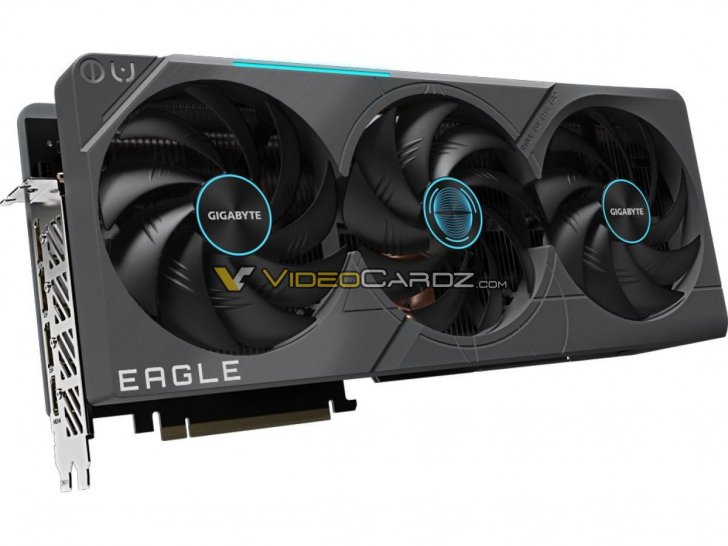 October 29th, 2022 at 9:30 a.m. by Rhonda Bachmann – On November 16th, Nvidia will launch the Geforce RTX 4080 in only one version. The board partners are slowly following and presenting their custom models of the upcoming graphics cards. The manufacturers Gigabyte and MSI recently showed their cards.

On November 16, Nvidia plans to introduce the Geforce RTX 4080. After the card was only supposed to be launched in two versions – with 12 and 16 gigabytes – the company recently changed the release. Now the graphics card should only appear with 16 gigabytes and be run under the name Geforce RTX 4080. While it has not yet been fully clarified how the discontinued RTX 4080 12 gigabytes will continue, the first board partners are now presenting their custom models of the upcoming 16 gigabyte version.

Gigabyte with Eagle series and MSI with Suprim, Gaming and Ventus 3X

At the Nvidia partner Gigabyte, the upcoming RTX 4080 will be part of the Eagle series. This is equipped with a triple fan design. The card itself has grown to 3.5 slots and shares the same 110mm fan design as the RTX 4090 gaming OC cards.

Gigabyte’s RTX 4080 comes with a 16-pin power connector, as well as a standard display output configuration of three Displayport 1.4a and one HDMI 2.1. The 3080 of the Eagle series was equipped with an additional display port, but this does not seem to be the case with the 4080 series. The Gigabyte RTX 4080 Eagle will be available with a factory overclock, but the exact clock speeds have not yet been confirmed.

It continues with the manufacturer MSI, who had already presented their intentions with the Geforce RTX 40 series in September in their own live stream. The different cards in the 4080 series are said to be spread across three different brands of graphics cards: Suprim and Suprim X, Gaming and Gaming X, and Ventus 3X and Ventus 3X OC. The Ventus 3X OC is said to have a slight factory overclocking. The RTX 4080 Gaming has a similar overclock as the Ventus 3X OC, but is said to come with a better cooling solution with RGB LEDs. The RTX 4080 Suprim and Suprim X feature a similar board design to the RTX 4090 Suprim X.

Call of Duty: Modern Warfare II Xbox Disc says Call of Duty is "the best franchise on the Playstation"