Great about great. Lineker praised Messi, but not everyone liked it

Great About Great. Lineker Praised Messi, But Not Everyone Liked It 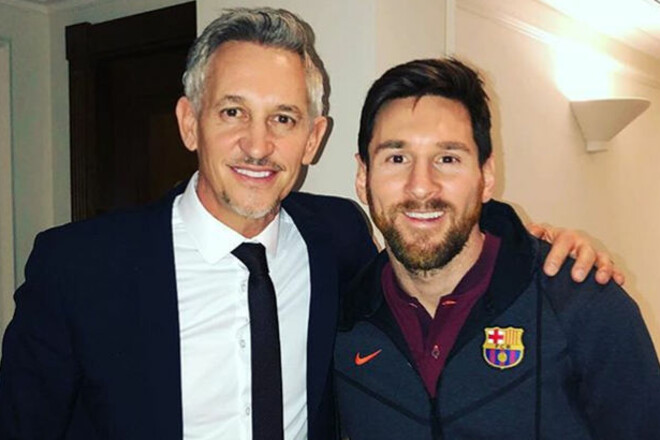 Former England player Gary Lineker in his Twitter quarreled with the TV presenter Piers Morgan on the easiest topic to argue in football.

The experts decided once again to find out Who is cooler: Messi or Ronaldo? But, as expected, no consensus was reached.

Lineker, during the PSG match with Troyes, wrote a post on his Twitter where he praised Lionel Messi, who made an assist and scored a goal in this match:

“Such a mesmerizing vision of the field and the weight of the pass distinguishes Messi from the rest, more than a huge number of goals scored. Oh, and his incredible dribbling.”

“Your speech about Messi today is even more mesmerizing. PSG snatched a 4-3 victory against the legendary football titans of Troyes. Come back when your greatest is back in the big leagues.

There can only be one greatest and I prefer a guy who was champion in 4 leagues and with his national team,” wrote the TV presenter, journalist and Arsenal fan.

Lineker went on to attach a photograph of a newspaper column from about 14 years ago where Morgan, who is an Arsenal supporter, was critical of Ronaldo playing for Manchester United.

But Morgan found the answer here too:

“Gary, this column is even older than you. But yes, I stand by my opinion, expressed 14 years ago, that Ronaldo is the best player in the world, a fantastic talent and I would love to have him at Arsenal.

Ronaldo is the greatest. Anyone with a normal football brain knows that,” Morgan added.

Note that the match of the 13th round of Ligue 1 between PSG and Troyes ended with a score of 4:3 in favor of the Parisians.

Another outrageously brilliant goal and assist for Messi. The 🐐 doing 🐐y stuff.

This sort of mesmerising vision and weight of pass, more than the enormous number of goals he scores, is what separates Messi from everyone else….oh, and then there’s his unbelievable dribbling ability. https://t.co/NlDUhObiy8

Your own dribbling about Messi today is even more mesmerising. PSG limped to a 4-3 win over those legendary football titans Troyes.. come back to me if your 🐐 actually plays in a meaningful league again. https://t.co/HsChdWC0Fy

You change your mind depending on who allows you to interview them. Has @Cristiano seen this? https://t.co/s885dyDzUj pic.twitter.com/v5VXpbJe2u

That column’s even older than you. But yes, I stand by my comments 14 years ago that Ronaldo’s the world’s best player, a fantastic talent, and I’d love him at Arsenal. https://t.co/WhkYtWW9FF

Guardiola spoke about the severity of Haaland's injury