Metal Gear Solid 3: an alleged video leak appears, we think of a remake with an announcement at the Game Awards

Metal Gear Solid 3: An Alleged Video Leak Appears, We Think Of A Remake With An Announcement At The Game Awards 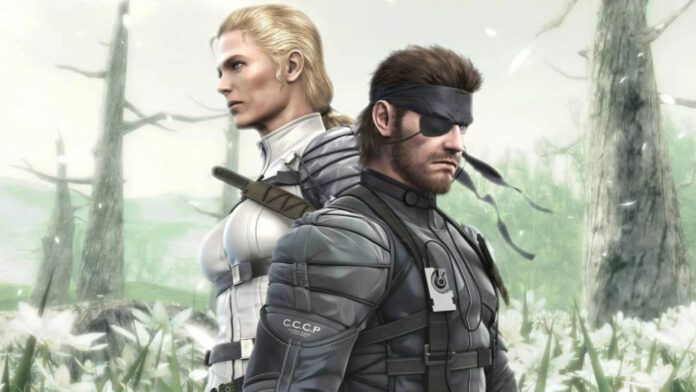 New rumors are circulating that Metal Gear Solid 3 will return in improved graphics. At the center, once again, the Chinese Virtuos studio already at the center of similar rumors after an alleged close agreement with Konami but little publicized. This time, to testify that there really is something at stake, there seems to be a video circulating on Twitter and Reddit.

According to those who shared it again (and the reliability of this source is far from verified), the video would have been shown by mistake on the official YouTube channel of Virtuos Games, an affiliate of Konami since 2018. and which for years has been associated – perhaps, ironically, precisely because of the name – with Metal Gear Solid 3. Traces of collaboration – at least formal – between Virtuos and Konami can be found on the website of the Singapore company at least since 2014. Through the Using the Wayback Machine it was enough for us to visit the Virtuos home page to find among the “illustrious customers” the company that produced the original Metal Gear Solid 3.

Curious thing, exploring the Virtuos website and browsing their “CV” it is possible to trace the tools that developers claim to know how to use. Thus, next to an Unreal Engine 4 and a Unity, we also see appear, for example Fox Engine, the graphics engine developed by the first KojiPro, used for Metal Gear Solid 5 and bequeathed to Konami who used it for PES up to recently. Employees on Linkedin were caught writing that they were at work on a Triple A remake of a game where there is a lot of action. Generic? Yes, but that’s enough for now.

Compared to previous rumors we have already talked to you in previous articles. The video to which we refer, which you find below, contains a woodland / forest setting that cannot fail to recall the surroundings of Grozny Grad. But it is the audio inside that leaves some perplexity: after some environmental sounds you are hit by a series of signals in morse code which, once translated, give this wording: 1964 Virtuos Frequency 8.12.22.

Now, we didn’t make it in time to see this video on the official Virtuos YouTube channel and we’ll pretend to trust us for a moment. If the information is correct it would mean that we will necessarily see something during the Game Awards. The final part of the message leaves little room for doubt. Reference is made to 8 December (although adopting the “Italian” dating with the day before the month).

Unfortunately, one factor must be taken into account: the aforementioned reliability of the source. In this case we are dealing with a self-styled DeviantArtist who – according to his timeline – cultivates a real obsession with MGS. A very lucky coincidence for the user to be subscribed to the Virtuos channel. Furthermore, the video does not seem to require who knows what technical skills out of the ordinary for those who normally use tools such as Unreal Engine 5. We have already had a “The Real Insider” and we believe it was enough for everyone. So the doubts, always legitimate, remain strong.

Normally I am the first skeptic and more than once I have looked at this same rumor suspiciously. It must be said, however, that Konami could really have other surprises in store. After all, we have already seen it with Silent Hill, an IP that was given up for dead and then resurrected with a host of projects all together. Why not close 2022 with a very special gift and celebrate – this time in a worthy way – 35 years of Metal Gear Solid, perhaps starting from where it all began. (Damn Kojima with that messed up timeline).

Is Square Enix hinting at a new Parasite Eve?