Postal 4: No Regerts patch 1.1.0 released with new content and improvements

Postal 4: No Regerts Patch 1.1.0 Released With New Content And Improvements 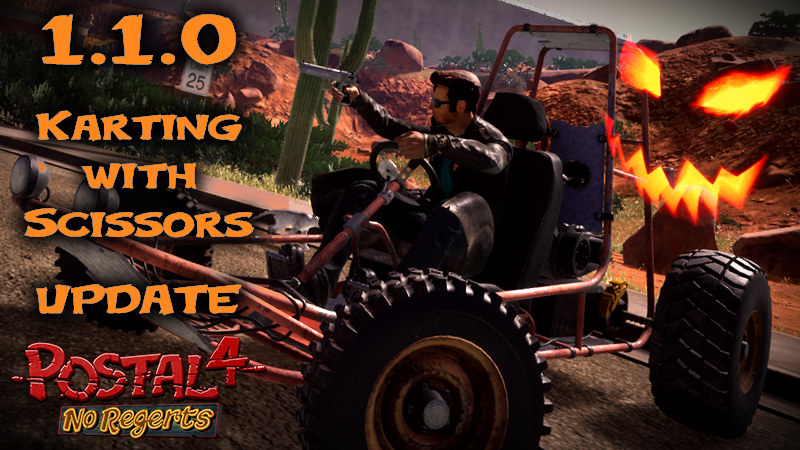 The developer of Running with Scissors has released update 1.1.0 for Postal 4: No Regerts, with new content, performance improvements and many bug fixes.

This update introduces a new form of transport – Go Kart! Appearing at the end of the game, he gives players the ability to move around the map faster, knocking down passers-by in his path.

Speaking of random passers-by, now homeowners correctly react to the fact that the player breaks into their homes, a lot of variations have been added to their appearance and animation, and the AI ​​reaction to the environment has been improved. The AI ​​of most animals has also been improved.

The iconic weapon “Scissors” is back. It is much better and more fun to use than the scissors in POSTAL 2.

Work continued to improve performance. The size of the installed game has been reduced by another 5 gigs, the consumption of system RAM has been significantly reduced and the frame time has been improved.

Among other things, a ton of bugs have been fixed. Read the full patch notes below:

GO Kart! Mobility Megastore launches its new vehicle on the market! This wheelchair accessible kart will be available to rent from Wednesday for only $100! “Why hobble? When you can GO!” 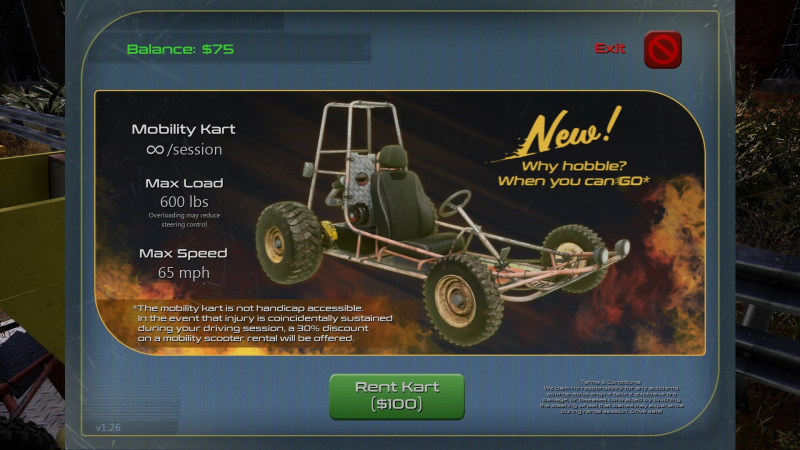 Scissors! The long-awaited scissors are back! Throw them regularly, old-school style, or try the new alt-fire kunai throw! 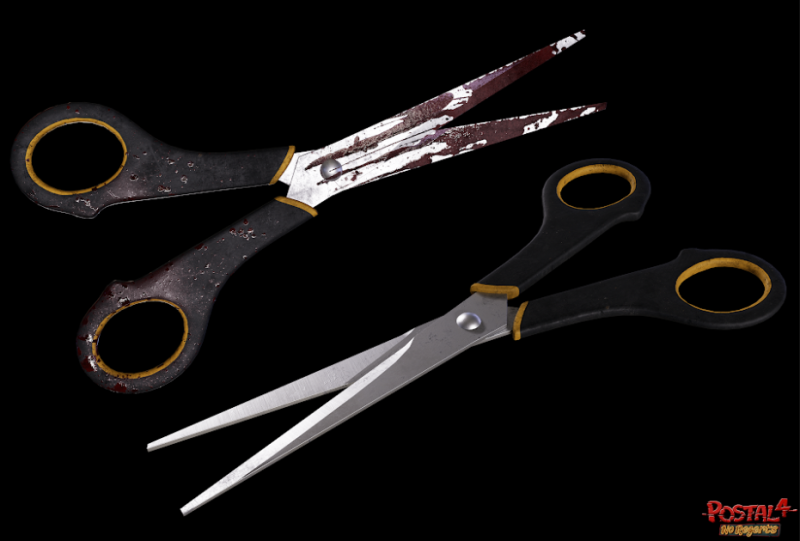 Improved models for destroyed cars! Phone customization options! Now you can change the background music of your phone as well as the sounds of Krotchy Tip notifications. Phone booth! This is where you will buy custom music and notification sounds for your sexy Scrotorola phone. Much more variations of NPC clothing! Exchange traders! Throughout Edensin, you will notice many new exchange points that will allow you to exchange various items for money. 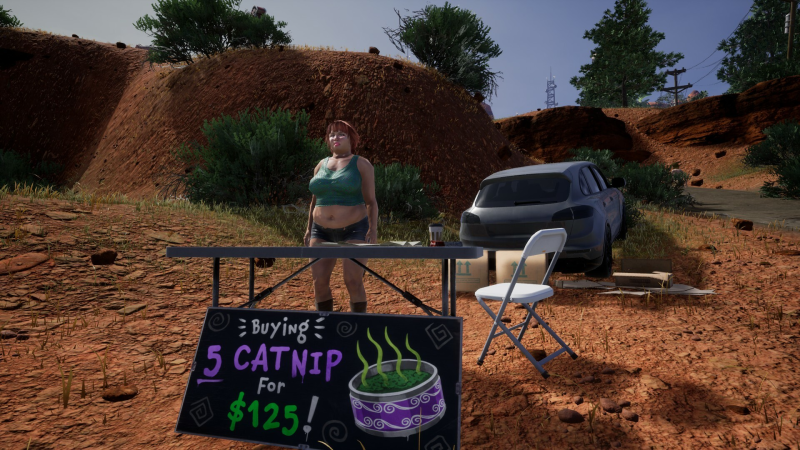 Possibility for dogs to urinate on corpses! Improved Police Helicopter Explosion Effects More NPC behavior graphs across all maps! More NPC walk cycles! To add more variety to our NPCs, you may now notice that they use different animations when walking. Begging state and correct NPC screams when set on fire! New camera animations for firearms! Added riot cops when helicopter crashes! Added POSTA Movie skin! Zack’s outfit has been added as a reward for Krotchy Doll collectors

Severe framerate drop when observing emitting fires when post-processing settings are set to “High” or “Ultra” opening Gates during the Treasure Hunter Mission sometimes blocks the player Wind sounds are sometimes skipped Various interferences during the “Vote for the Governor” mission Scenes are slowed down by catnip Incorrect display of tickets on new cars Some doors are very difficult to knock out Ammo types are not remembered when save game Slope animation Inappropriate footstep sounds for some road materials Plush toys cut themselves off while talking Dogs don’t play ball with the heads of ALL types of NPCs Problem with herd of NPCs in one place when using points of interest Animals react incorrectly when hit Tons of display bugs, e.g. not which models are too small, unavailable pickups, broken textures, etc. NPCs spawn in a cluster in the suburban area A big bride between the suburbs and the prison appears out of nowhere Players can fall through the floor around the pillar of the central security hub Petition, spray paint and some other items do not work properly when the Black Hole backpack upgrade is active Immigrants in the Frontier Smuggler mission only hit the slingshot when aiming down and sometimes get stuck until killed Bug that can be triggered when passing through a dust zone on a scooter Sledgehammer and hammer projectiles do not support catnip Dismembered heads trembled for a brief moment when playing ball with a dog Removed extra subtitle “Cop” from the PayFine cinematic Monday Beggar Sign reappears in the Dude’s inventory under certain circumstances

A Plague Tale: Requiem: Unboxing of a press kit with very rare content

gameplay trailer for the stealth action Evotinction about a crazed AI

ZELENSKY: “Today is a historic day. We are returning Kherson!”