British indie developer Jacob Shaw, aka Ziggy, is currently creating The Store is Closed, an endless furniture store survival sim. If this description seemed remotely familiar, then you are not alone – IKEA drew attention to the project. 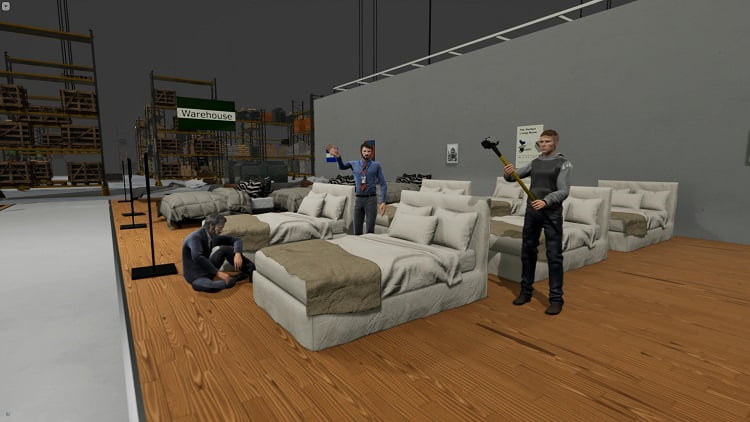 The show introduced The Store is Closed back in October 2020published a debut trailer in April 2021, from September 2021 began to promote the project as an “infinite IKEA game”, and in September 2022 launched a crowdfunding campaign on the Kickstarter site (until it ended).

It is worth noting that on the Kickstarter page and in The Store is Closed itself, the name IKEA does not appear anywhere, however, the design of the famous Swedish furniture chain is recognizable at a glance: a blue and yellow logo, employees in yellow shirts, a gray path on the floor, similar products and signs .

According to PC Gamer, the IKEA legal team sent Shaw a letter demanding “within ten working days” to change the listed elements of The Store is Closed, which “immediately suggest that the game takes place in an IKEA store.” In case of disobedience, Ziggy is threatened with court.

The show does not want to sue IKEA, so it will be forced to comply. It won’t be difficult to change the color palette (“What if Target sue me when using red?”), However, the developer does not know what to do with furniture similar to “IKEA” – it is template in the game (several sets with thematic resources were bought). 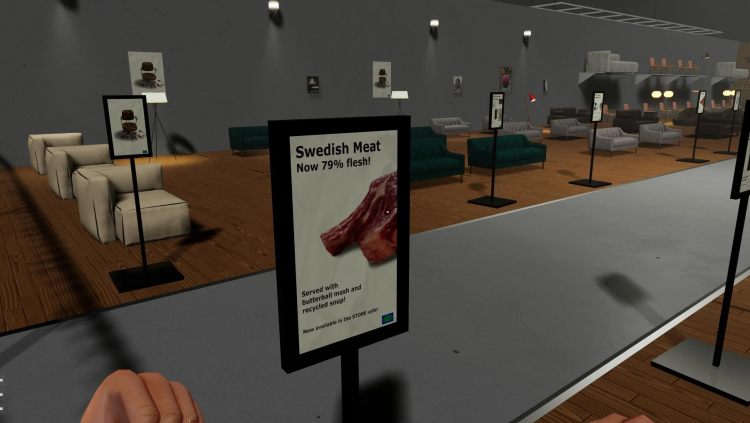 The show will change all the posters, change the track, cut out everything blue and yellow from the game, replacing it with red

Despite the legal issues, production on The Store is Closed will continue, but instead of updating the closed alpha version of The Show in the last week of Kickstarter, Kickstarter will have to work on changing the visual style of the game. The fees for the creation of the project exceeded $50 thousand (six more days until the end).

The Store is Closed Early Access is expected to launch in the third quarter of 2024 on PC, and 12 months after the full launch, the game should appear on PS5, Xbox Series X and S. Gamers will have to fend off mutant employees attacking at night and create weapons / fortifications from the furniture presented in the store. 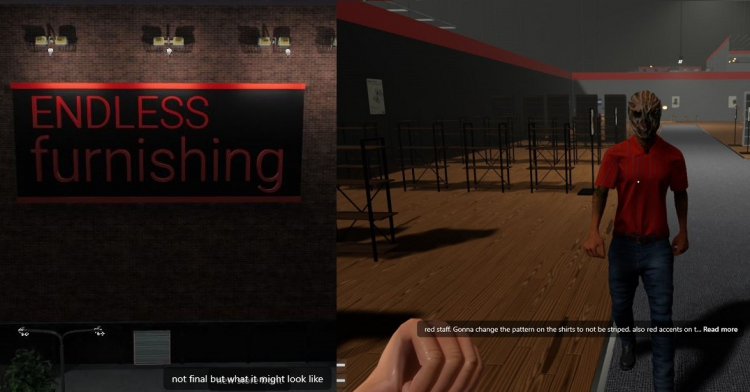 Variant of the new visual style of The Store is Closed

Elden Ring: Player managed to beat all 165 bosses without suffering a scratch

125€ from Costa: Haven't received it yet? understand the steps