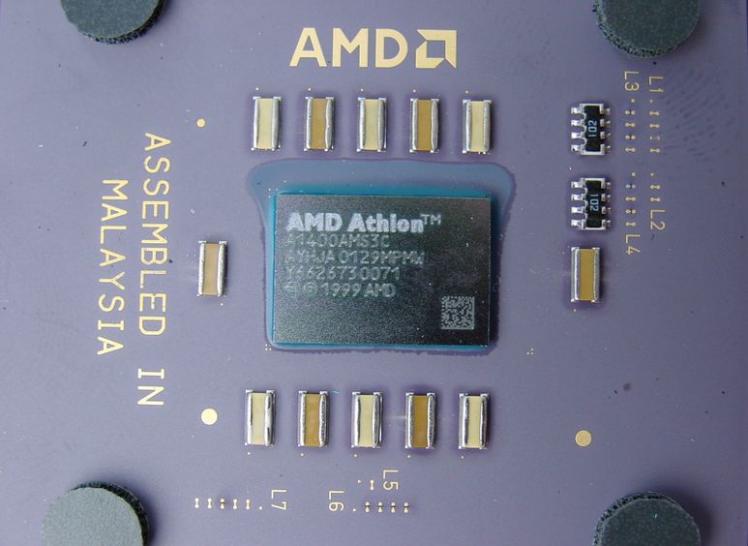 October 30th, 2022 at 00:01 by Carsten Spille and others – The Pentium bug is discovered and AMD discovers DDR and Dice discovers that Battlefield could probably also sell a fourth infusion – that happened on October 30th. Every day, PC Games Hardware takes a look back at the young but eventful history of the computer.

…1994: Intel’s Pentium is a hit: The successor to the 486, on the market since mid-1993, impresses with its high performance and, thanks to a clever “Intel Inside” advertising campaign, lets the main processor penetrate the consciousness of the average buyer for the first time – an important step for the PC to become a ubiquitous mass product. But the Pentium also suffers from a problem: Its floating-point processing unit (FPU) miscalculates in some cases, and some more complex divisions lead to an incorrect result. This was recognized by Virginia math professor Thomas R. Nicely, who e-mailed his discovery on October 30, 1994. However, the public did not learn about this bug until weeks later, dubbed the “FDIV bug” after an important floating-point division instruction. However, the error is actually known as the “Pentium bug” – and as such a marketing disaster.

…2000: On October 30, 2000, AMD announced several new processors that would further expand the technical lead over Intel that was still there at the time: The Athlon initially had a clock frequency of 1 GHz and 1.13 GHz with the completely redesigned Thunderbird C core and 1.2 GHz – later the thunderbirds will be accelerated to 1.4 gigahertz. The AMD 760 chipset, which was released at the same time, allows DDR memory for the first time in addition to AGP 4x, DDR200 and DDR266 (PC1600/PC2100) are the supported speeds. AMD is thus heralding the switch to this fast and yet inexpensive memory architecture – long before Intel, by the way, whose memory technology of choice at that time is still the comparatively expensive and rather fast, on paper, serial Rambus.

If you like, take a look at our special on AMD – over 40 years of CPU history!

…2013: Officially published on October 29th, 2013, this US date was already October 30th for us. After a long, partly public beta phase, the multiplayer battlefield (with a docked single-player campaign) appeared punctually at the communicated time. In order to be able to meet the deadline set by the publisher and parent company EA, the Swedish developer studio Dice probably had to pack the work early and send it to the pressing plants. Then, as also previously announced, an extensive patch came promptly at the start of the game via EA’s DRM and distribution platform “Origin” (not related or related by marriage to the game developer of the same name taken over by EA). But despite all these measures, not everything went smoothly and due to the strong sales figures right after the launch and the associated large number of players, problems also increased on all platforms for which Battlefield 4 was released.

Due to the foreseeable huge interest and the high hardware requirements with the best possible quality, there were also corresponding articles on the graphics card and processor performance in the dice shooter at PC Games Hardware shortly after the launch. Later – with a slight delay compared to the originally planned date – Battlefield 4 also became the first game that officially supported AMD’s hardware-related interface Mantle (on the PCGH benchmarks).

George R.R. Martin and Neil Gaiman hate it when adaptations get tampered with

Hopefully better than Resident Evil: This series of games is becoming a Netflix series