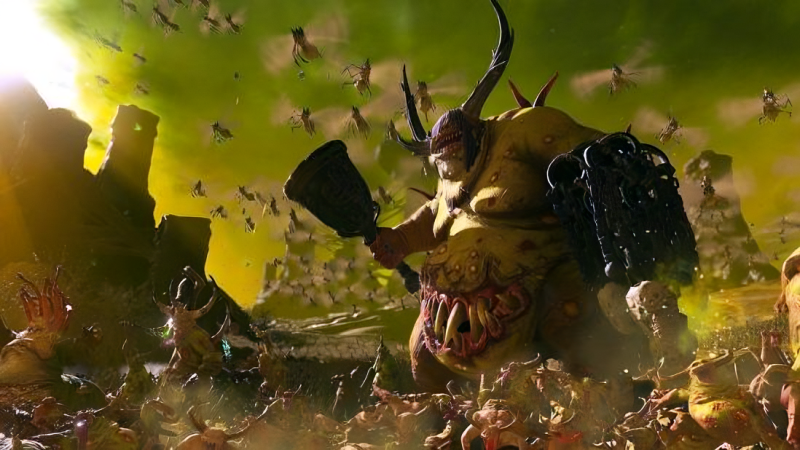 End-game scenarios for Total War: Warhammer 3 were featured in the massive Immortal Empires campaign, and more will be added over time. Developer Creative Assembly says it plans to include apocalyptic scenarios with each of the strategy’s various factions over time.

The Creative Assembly published an extensive post on the State of the Game blog dedicated to Total War: Warhammer III, and the developers went into detail about how the end-game scenarios were created, as well as what remains to be done. They say that their plans are to separate each faction into a separate end-game scenario, and that you will be able to trigger these events for DLC factions even if you don’t have the appropriate DLC pack.

Our philosophy has always been clear: even if you don’t have the DLC, you will still be able to meet this faction on the map and fight against it. Endgames in particular double down on this idea, and we hope that eventually at some point every faction in the game will be represented in some sort of endgame or endgame-like scenario. We want to show what cool things we have!.

It’s worth bearing in mind that one of the choices for endgame scenarios in Immortal Empires is to have them all happen at the same time.

The developer also talked about some of the other goals the team has for Immortal Empires endgames – the developers plan to add more customization options in upcoming patches, and they’ve built the system in such a way that it’s easy for modders to create their own unique endgames.

While we wait for more scenarios to come in future updates, the developer says the latest scenario, Skaven-focused Vermintide, has a couple of easter eggs for fans of the Fatshark game of the same name.

Coming soon, according to Creative Assembly, we can expect Update 2.3 for Total War: Warhammer III “in the near future”, with Update 3.0 due in Q2 2023.

The atmospheric world of the "Dune" universe is presented on amazing art - a collection of works for Dune: Awakening for October

Finally the return of the cult horror license! Why is the Silent Hill live an event?