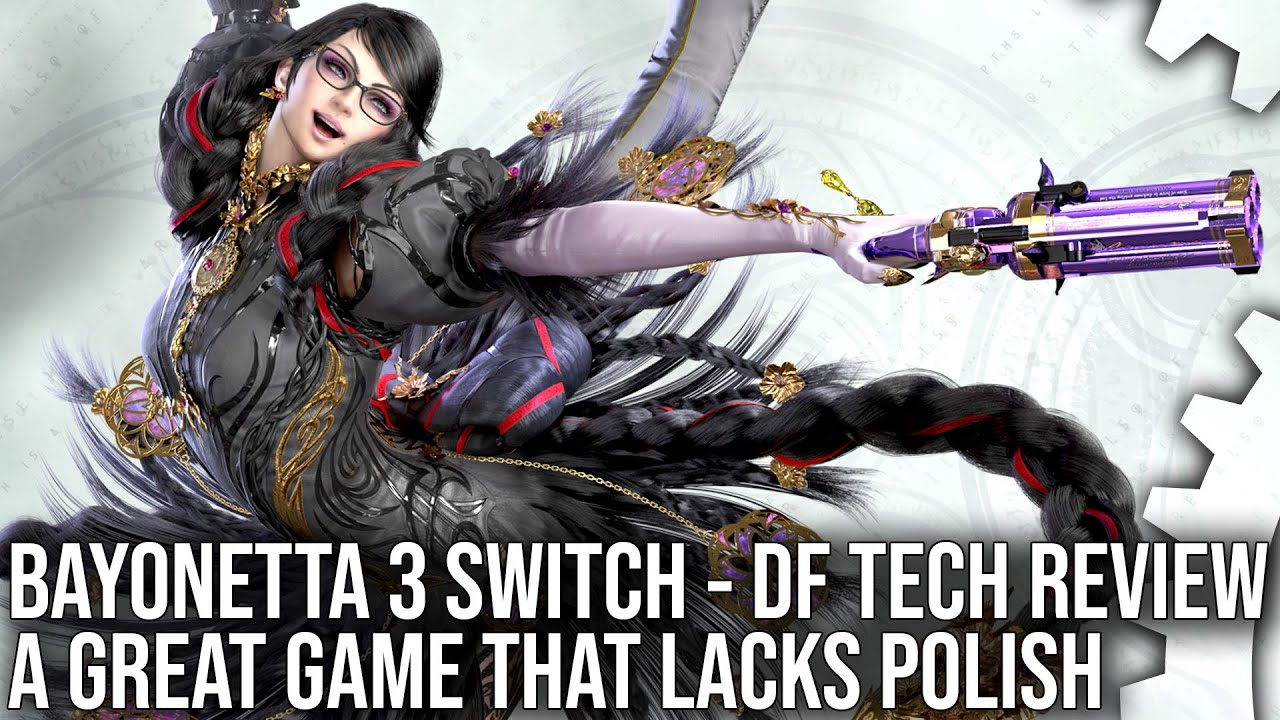 Bayonetta 3 is finally out on the Nintendo Switch to critical acclaim. But will she be able to convince the tech people at Digital Foundry? Apparently not, as we can tell by looking at the video analysis praising the gameplay and not the graphics sector considered “limited” by Switch hardware and PlatinumGames tools.

Bayonetta 3 runs at 810p dynamic resolution when docked on a Nintendo Switch, according to Digital Foundry analysis, and it even drops below 480p in handheld mode.

Framerate is locked at 30fps during cutscenes and certain large-scale combat sequences. In all other cases, the target is 60 fps, but to quote John Linneman, “she rarely manages to achieve that, and that’s a real shame … on a completely empty battlefield, the frame rate regularly drops below 60 fps.”

In addition to inconsistent performance, the general image quality, the presence of very low resolution textures (even equivalent to textures from the first Xbox games), pop-up objects and other technical flaws are also criticized. Overall, Linneman states that Bayonetta 3 is visually “worse than previous games in the series, with the exception of the PS3 version of the first Bayonetta”.

The problem, Linneman says, is that the tools used by PlatinumGames are now feeling the weight of years and need to be updated. In addition, in his opinion, Bayonetta 3 is too ambitious a game for Nintendo Switch hardware, hence the unstable performance and compromises in terms of visual rendering, and one day it may shine with a port for a more powerful Nintendo console.

Bayonetta 3 is available on Nintendo Switch from yesterday, October 28th.

Bitcoin: how many BTC billionaires are there left?

PS4 and PS5 2022 games: all PlayStation exclusives from Bloodborne to God of War Ragnarok

The Outbound Ghost – is terminated