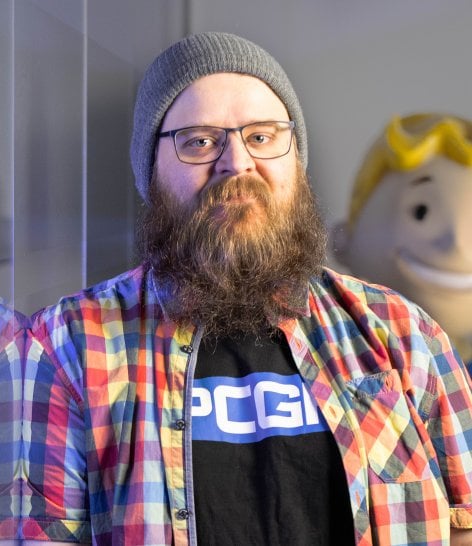 October 29th, 2022 at 10:45 am by Raffael Vötter – The editors of PC Games Hardware comment on current events or developments in the world of PC hardware, IT industry, games, technology or entertainment. Read the truly personal opinions of the PCGH editors today on “The Witcher 1 Remake Is Coming…”

The “Internal editorial” format gives you an insight into the editorial team far away from a webcam, magazine column or videos. Each PCGH editor gives their personal commentary on a topical issue here. We not only cover the whole world of PC hardware, but also games including current console titles, films and technology in general – which influences our daily life in a variety of ways. Redaktion intern appears regularly at the weekend. The topic this time:

In calendar week 43, Poland’s best-known video game developer drew attention again: As CD Projekt confirmed in a short press release, an external development team called Fools Theory is currently working on the remake of The Witcher 1. CDPR already presented the game project under the code name “Canis Majoris ” – but without mentioning the word remake. With the announcement it is clear what the external studio consisting of “an experienced team of former Witcher developers” is doing. It makes sense to put people familiar with the development on a remake project – based on Epic’s Unreal Engine 5. It should be exciting to see how good the re-creation will look in the brand new development environment. The Witcher 1, with its (for the time) open game world, could benefit significantly from UE5 techniques such as the Nanite geometry system and Lumen ray-tracing lighting technology. However, many questions remain unanswered and the engine is still not in the final stage. However, this fits in well with the Witcher 1 remake, which is currently in an early concept phase – a release is therefore still years away. Read bluntly what the PCGH team says about the witcher remake in the picture gallery. And what do you think of that, dear readers? Discuss with us!

Square Enix: Focus shifts from Japan to the global market

Remedy: Alan Wake 2 will release in 2023 as planned

Rice recall is being expanded: Consumption of these products is also strongly discouraged

Lies of P: Neowiz’s action RPG will be very long-lived