ahead of Schumacher. Verstappen sets F1 record for most wins

Red Bull driver Max Verstappen won the race in Mexico for his 14th win of the season.

The driver became the Formula 1 record for the number of wins in a season. The Dutch pilot was ahead of Michael Schumacher and Sebastian Vettel, who held the record with 13 victories. Plus, Max still has two races of this championship in stock.

In addition, Red Bull set a team record by winning 16 races in a season. 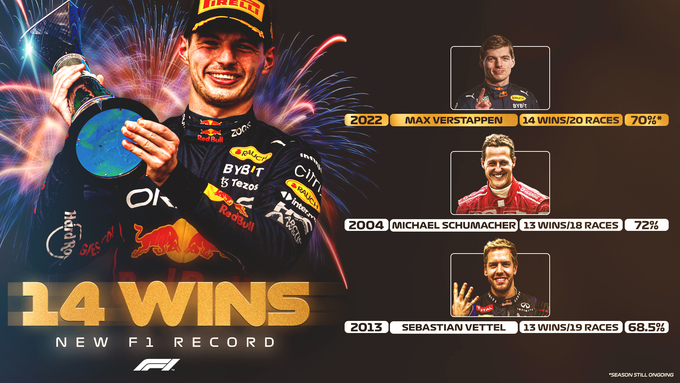 Graphics card at the best price: the competitor of the RTX 3090 is always cheaper!