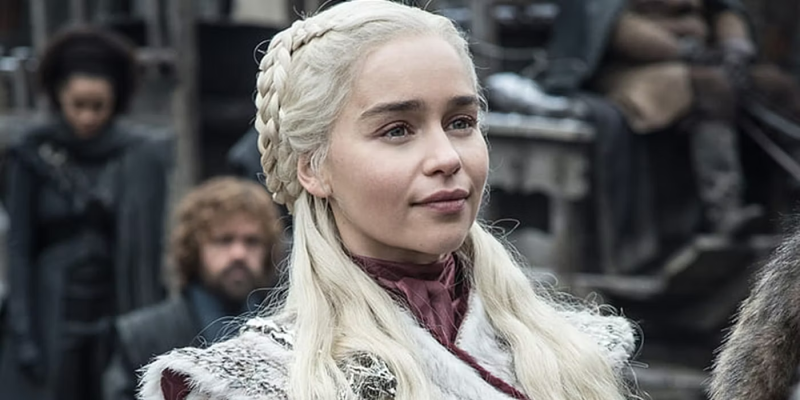 Game of Thrones fans have always been fond of their favorite Westeros characters, and various actors have spoken out more than once about the fates of the characters they portray. So, Emilia Clarke discussed the fate of Daenerys Targaryen at Dreamit Con.

Clarke’s take on her character’s fate is perhaps one of the most intriguing, as many feel the show’s writers didn’t handle Daenerys Targaryen. Because Game of Thrones ended so ambiguously, Daenerys’ ending was one of the most controversial. After spending season after season as a supposedly heroic character, she took a dark turn in the second half of Season 8, eventually reducing King’s Landing to ashes and ruins with dragonfire. She was then killed by her lover Jon Snow (Kit Harington), who felt she needed to be stopped before she could cause destruction wherever she wanted. It was an ending that left many viewers with the feeling that the series rushed the character arc by misconnecting Daenerys’ transformation from hero to villain.

Emilia Clarke’s appearance at Dreamit Con gave the actress the opportunity to explain how she would like the series to end for her character. She would like Jon Snow and Daenerys to be alive and well and end up together.

I want Daenerys to be with him, with Jon. They could go to family therapy and solve their problems. Daenerys is a very hopeful character, she has a lot of hope and I wish she could achieve that.

Her view of Daenerys as an up-and-coming character is in line with what many fans thought of the character before she took on a dark turn, which some say harmed Game of Thrones.

Clarke further noted, “I still believe that Daenerys did nothing wrong. I’m on her side” and “It’s not fair that he [Джон] Jon Snow, who at the end of the series found himself behind the remnants of the Wall, existing freely as a wildling, had a more hopeful ending. Finally leaving the shackles of his duty, he was injured, but also the opportunity to leave behind the debt, which turned out to be chain around his neck.The unnamed Jon Snow sequel may have a less forgiving ending.

Clarke made several comments about her feelings about Daenerys’ ending. The character was very close and dear to her heart, and she went through several health crises when she first started playing the role, so the role of Daenerys marked an entire era in Clarke’s life.

Despite her desire for the character to have a different ending, Clarke has already made it clear that she will not return as Daenerys in the Game of Thrones spin-off. It seems that she has already closed this chapter in her life and does not want to return to it. With a Jon Snow sequel looming on the horizon, fans shouldn’t expect a resurrected Daenerys to appear onscreen.

Apple prepares new iPad Pro with even bigger screen for 2023

Game releases in November 2022 | For PC and consoles

Vitaliy VOLOCHAI: “What commentator Kirichenko did is brilliant”

Horizon Forbidden West: on Amazon the price is now super discounted for both PS4 and PS5

Final Fantasy 7 Rebirth, a very faithful Tifa cosplay: can you spot the differences?