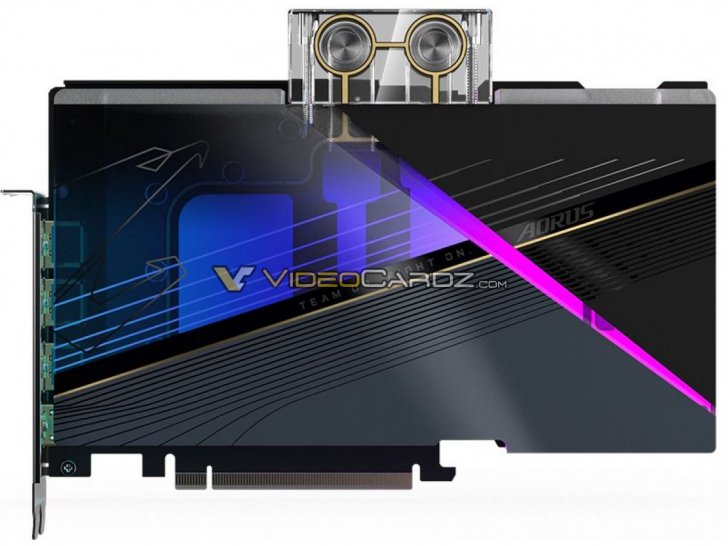 October 30th, 2022 at 3:30 p.m. by Valentin Sattler – Pictures of the upcoming Gigabyte graphics cards RTX 4080 Aero OC and RTX 4080 Aorus Xtreme Waterforce have appeared on the internet. The Waterforce model apparently relies on a revised cooler, while the Aero graphics card could succeed the Vision series.

Sometime in November, Nvidia wants to launch the second graphics card from the RTX 4000 generation with the Geforce RTX 4080 (16 GB). Although the corresponding month starts on Tuesday, there is still no official release date for the model. However, Nvidia’s board partners are apparently already in position: The Videocardz website has published the first images of two new custom designs from Gigabyte.

Unfortunately, the appropriate specifications for the custom graphics cards have not been published, so you have to be patient with the details or rely on the illustrations. The cooler of the RTX 4080 Aorus Xtreme Waterforce was apparently newly developed or at least redesigned – the previous model looks different. The graphics card is apparently coming onto the market again with a flat cooler, a dual-slot bezel and RGB lighting.

The introduction of the RTX 4080 Aero is surprising, because so far MSI has only offered notebooks but no graphics cards under this name. Videocardz suspects that the Aero brand should replace the previously used “Vision” series, which would match the look of the graphics card. Because like previous Vision models, Gigabyte’s RTX 4080 Aero relies on a very bright look with aluminum inserts. Otherwise, the model has a typical configuration for the RTX 4090: The pictures show a 3.5-slot cooler with three fans, with the rearmost fan protruding over the PCB and thus being able to transport its air unhindered through the cooling fins .

Raspberry Pi CM4 overlocated to 2.5GHz with a few lines in config.txt

Raspberry Pi CM4 overclocked to 2.5GHz with a few lines in config.txt

Malinovsky may stay in Serie A. There is a contender for the Ukrainian