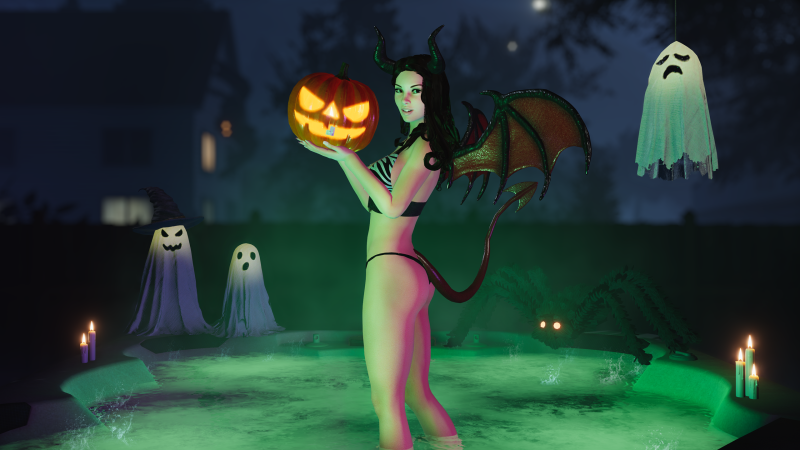 The recently launched series of so-called “Creepy Events” on Steam has not bypassed the indie adventure House Party. On the occasion of the approaching Halloween, the project of Eek! Games has received a mini-update that will temporarily bring thematic elements to the game. It will be as new decorations and changes in the appearance of the characters, as well as creepy visual effects and some mysterious items.

However, the developers have introduced the ability to roll back this temporary update, and if desired, players can ignore the changes introduced by it.

The Spooky Event at the House Party will run until November 11th.

Final Fantasy 16, the “Ambition” trailer presents scenarios and characters from the game