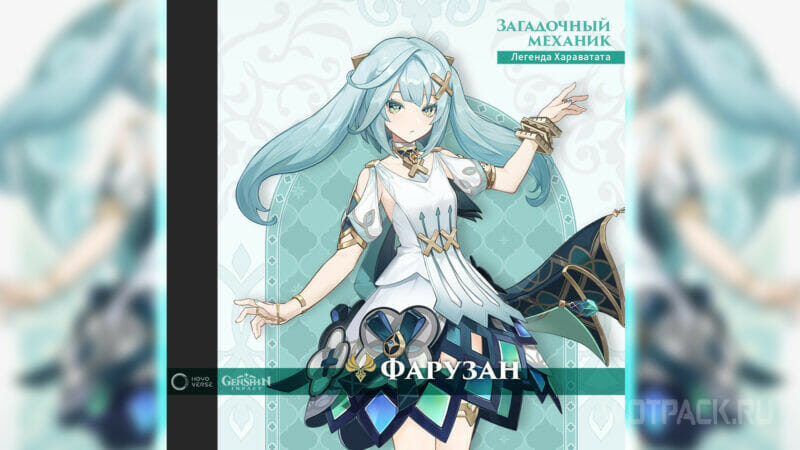 In Genshin Impact, the official announcement of Faruzan, a new 4* Anemo elemental character, took place. The Academy Professor is armed with a bow and will appear in the same banner as the Wanderer announced along with her on December 7 in patch 3.3.

The girl suffers from special effects of prolonged contact with the legacy of King Deshret’s powers. Because of this, they say in Sumeru “Do you want to look into Sumeru’s past? Just talk to Faruzan.” However, don’t be fooled by her youthful appearance. To get her attention, you need to show sincerity and modesty, and treat with respect. “madam”. Only then will the “living encyclopedia of mechanics” share its knowledge.

Madame Faruzan’s deepest knowledge makes one wonder if she had a hand in drawing up the curriculum for students, because her explanations are not only understandable, but also extremely reasonable.

So far, it is not known what role the developers assign to her in the plot of the game, and you can read all the leaks about the character in this article. Only in this announcement for the first time they showed what Faruzan looks like. Write in the comments if you like the new heroine and will you spin the banner? In the corresponding section, follow other news on the game.

Messi vs Ronaldo. The £90m match we never saw

The Witcher without Henry Cavill? From season 4 bitter reality

Call of Duty Modern Warfare 2: Playing at 120 FPS on PS5 is possible, here's how!

The probability of an electric car catching fire is 0.0012%