“He is just Georgian, he is not Brazilian. It’s less glamorous.” Legend of Kvaradon

BATUMI, Georgia. They used to worry that the Adjarabet Arena, with its winding arches and illuminated exterior, would turn into something like a white elephant ). Batumi is, after all, a quaint resort town; he did not need a stadium with a capacity of 20,000 people. Dynamo, the local football team that calls it home, usually collected no more than half of this number in their matches.

And so, in early April, Khvicha Kvaratskhelia arrived.

“The city lived from one match to the next,” says Tariel Varshanidze, a prominent figure among Dynamo fans. “The atmosphere has changed radically.” According to him, matches in the Erovnuli Liga, the top division of the Georgian football championship, suddenly took on the same look as the “main games of the Champions League.” “It was delicious”.

During the three months that Kvaratskhelia spent in Batumi, all the seats in the stands were occupied. Tourists who flocked to the beaches of the Black Sea added football matches to their itineraries. Friends, relatives, neighbors, colleagues and acquaintances – everyone began to ask regular visitors for extra tickets, regardless of whether they supported Dynamo, someone else, or no one at all.

During the matches, according to Varshanidze, the whole stadium welcomed every touch of Kvaratskhelia, even those fans who theoretically came to support Dynamo rivals. And it was not only in Batumi. “We had full stadiums in almost every city,” says Dynamo coach Giorgi Geguchadze. All Georgia wanted to look at him. Tickets have been sold out even for matches in the interior of the country, in stadiums that can only attract a few hundred spectators at normal times.

It could hardly be called a sensation. Kvaratskhelia arrived in Batumi as a universally recognized national football icon. He blossomed at 16 with Dinamo Tbilisi, Georgia’s biggest club. By the time he made his debut for his country, just two years later, he had outgrown the Georgian league, moving to Russia to join Lokomotiv Moscow and then Rubin Kazan. The brief, unexpected chance to see him live again – after Khvicha got his freedom by terminating his contract after Russia’s invasion of Ukraine – was an opportunity too good to pass up. 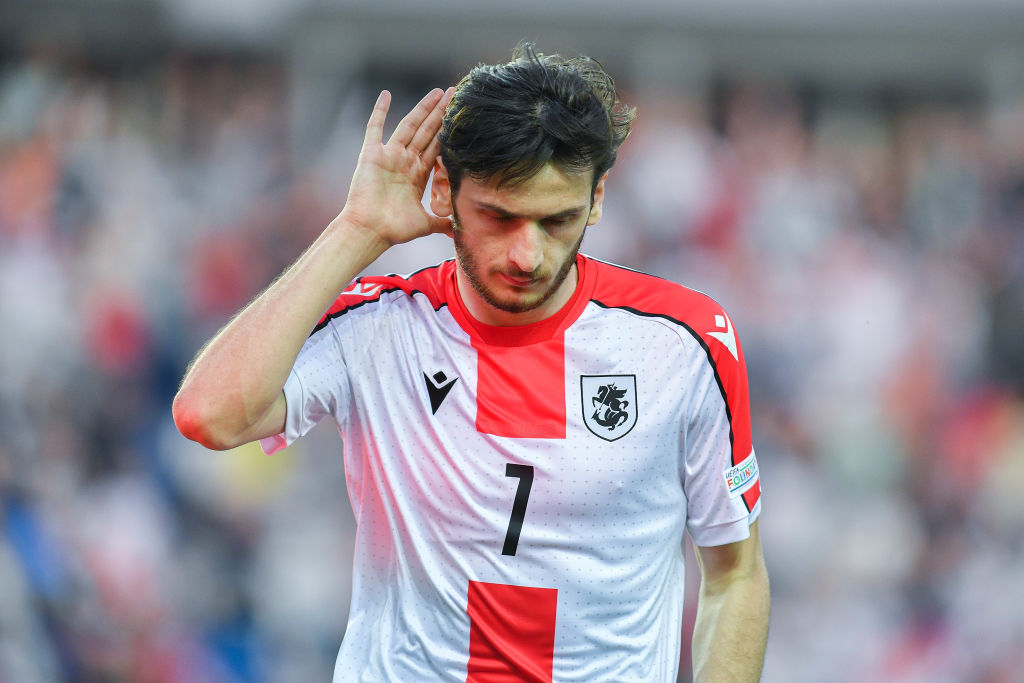 Few could have foreseen how quickly and how far this mania would spread. In less than six months, the glory of the 21-year-old winger spread far beyond the borders of Georgia. In just a few weeks, he conquered Italian football and became the star of the Champions League.

“Georgian fans expected him to play at a high level,” says Geguchadze. “But no one could have imagined that he would achieve such good results in such a short period of time.”

Those fans who poured into the 11 games that Khvicha played for Dynamo Batumi, as it turned out, witnessed the preview. The man for whom the Adjarabet Arena was filled was destined to become the most promising player in Europe, who is worth watching.

Here are just some of the numbers: Since joining Napoli this summer for around $10 million, Kvaratskhelia has scored six goals in the Italian league, where his side have established a five-point lead over their nearest rival, as well as qualifying for the League play-offs ahead of schedule. champions from a difficult group with Liverpool and Ajax. The results are good, no doubt. But they don’t even begin to explain the phenomenon.

His coach at Napoli, Luciano Spalletti, called Kvaratskhelia “stratospheric”. Arrigo Sacchi, former coach of Italy and AC Milan, prefers the word “destructive”. World Cup winner Alessandro Del Piero, who is well-qualified to judge the quality of attacking players, suggested that he looked like he was “made to play in Europe”.

Napoli fans have given him the highest honor by naming him Quaradona, after the most beloved playmaker in the club’s history. [Диего Марадоны].

However, perhaps the most eloquent description belongs to Fabrizio Ravanelli, a former Juventus striker (and ex-coach of Arsenal-Kyiv in 2018 – ed. note). After Napoli beat Milan in mid-September, Ravanelli admitted to being fascinated by Kvaratskhelia at Napoli and Rafael Leao at Milan. “There are fewer and fewer players like that in the world,” Fabrizio said. 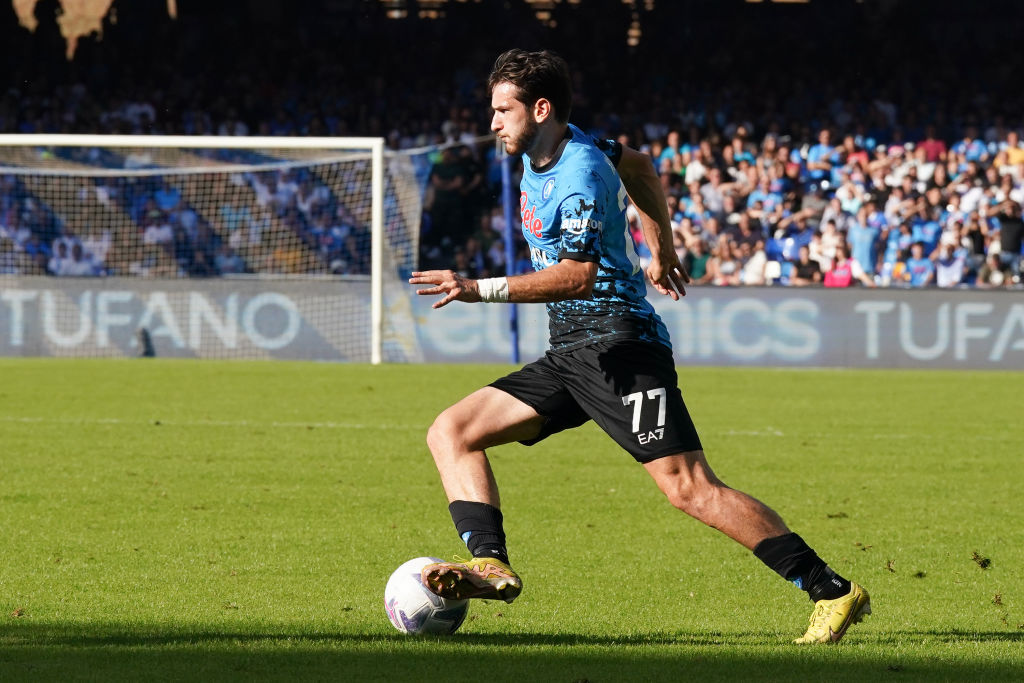 This sense of exclusivity is the root of Kvaratskhelia’s appeal. He is one of those players that modern football, with its industrialized youth system and stylistic patterns, no longer produces: changeable and intuitive, slightly individualistic, somehow untamed.

Willy Sagnol, head coach of the Georgian national team (and ex-football player of the French national team, for which he played 58 matches – ed.), suggested that the closest analogue of Kvaratskhelia in terms of accuracy of comparison is the young Franck Ribery, a former player of Bayern Munich, but it is also by no means an exact match.

Kvaratskhelia is taller, languid, it is more difficult to classify it. Ribery was a dangerous and determined player who most of the time wanted to break into the middle, closer to the box. Kvaratskhelia can do it. Or maybe not. He can play as No. 10 for just a few minutes. Or he can, as he did in the game against Lazio a few weeks ago, miss three great passes, only to then pirouette around three defenders and strike from 25 meters.

His strength, according to Levan Kobiashvili, President of the Georgian Football Federation, lies in his “unpredictability”.

“There are a lot of wingers who are technically gifted and very fast,” Kobiashvili said. “But Khvicha offers something completely different. I don’t think we’ve seen many players with such a relentless attacking style doing everything at such speed, not only in Georgia, but all over Europe. All because of his instincts. That’s what makes it so exciting.”

Kobiashvili objects to the fact that Kvaratskhelia is “a continuation of any process.” Georgia may have a rich history of creating virtuoso attacking players, most notably former Manchester City and Ajax footballer Giorgi Kinkladze, but Kvaratskhelia, he says, is the product of his own talent alone.

Others are not so sure. “He has some very Georgian aspects,” says Andres Carrasco, the Spanish head of the youth department at Dynamo Tbilisi (in the 2018/19 season, Carrasco worked as the head coach of Shakhtar U-19 – ed.) – the club, who revealed Kvaratskhelia. “He doesn’t worry if something doesn’t work out. He does not think about the negative consequences. This applies to many attacking players here in Georgia. They are brave. They are very brave. And they’re a little anarchic.”

And that’s not all that Carrasco noted.

In Batumi, as in Georgia in general, football fans followed Kvaratskhelia’s stellar flare as frantically and greedily as when he was a Batumi Dynamo player for a while, living in a hotel near the stadium. Now the Napoli games stop the whole country. “Everyone gathers around the TV,” says Kobiashvili, one of the most titled players in Georgian history. “I can’t remember anything like that.” 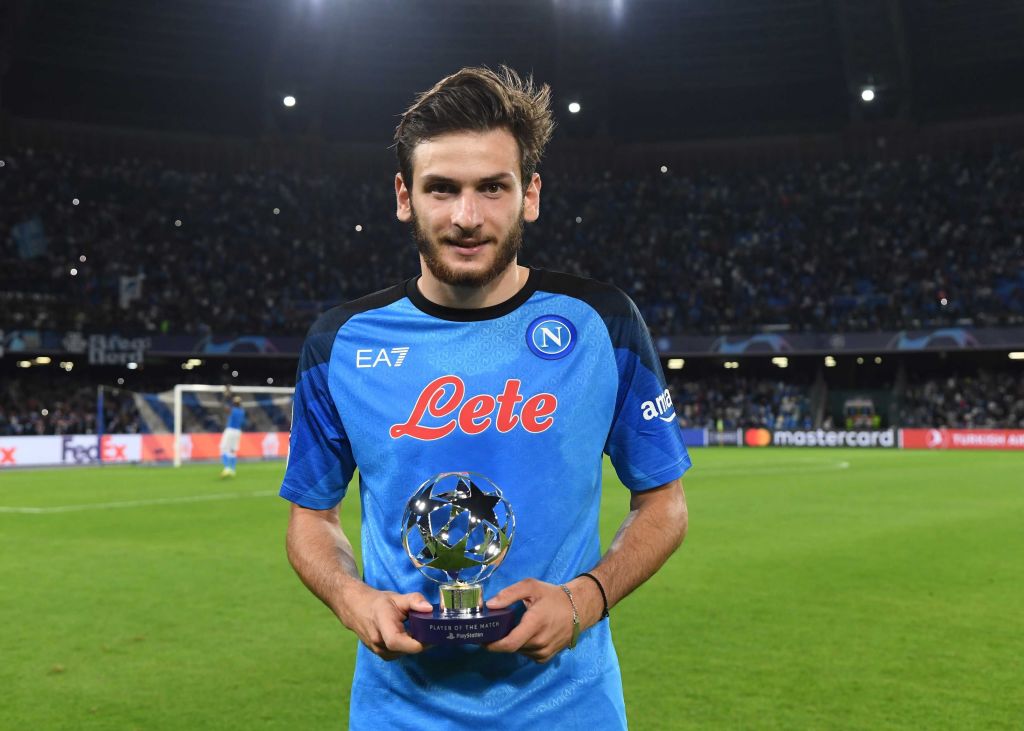 But he, like Carrasco, seeks to emphasize that Kvaratskhelia is not alone. Georgian football is on the rise these days. When Kobiashvili took over as president of the Georgian Football Federation in 2015, the country was languishing, as he claims, “at about 150th place in the FIFA rankings.” She is currently ranked 78th.

However, Georgia’s performance in the League of Nations was even more impressive. The team have been promoted twice, first from the lowest tier of the tournament to third and then to the second division this summer, meaning they will be playing at the same level as England in the next edition of the tournament.

“We have a lot of talented players and they all contribute to this euphoria together,” says Kobiashvili. He points, in particular, to Giorgi Mamardashvili, an imposing goalkeeper now shining in the Spanish club Valencia, but he could also name Zuriko Davitashvili, Kvaratskhelia’s ex-comrade in the Batumi team, who now plays for the French team Bordeaux.

Their appearance did not go unnoticed. But Kvaratskhelia did not come out of nowhere: there are no secrets in European football, and many top clubs across the continent knew about his talent while he was in Russia, if not before. Juventus and Tottenham followed him. Napoli followed him for two years.

“He was kind of a victim,” said Oleg Yarovinsky, Rubin Kazan’s general manager. “They liked him, but maybe they didn’t need him.” According to him, the Kazan club has not received a single offer.

When Khvicha went public in March, after FIFA granted all foreign players in Russian football the right to unilaterally terminate their contracts, Sagnol, head coach of the Georgian national team, began using his network of contacts to try to get Kvaratskhelia employed at one of the clubs. Western Europe. According to Willy, his proposals were met with mostly skepticism.

“All I’ve heard is that I suggest a player who gets tired after the 70th minute,” Sagnol told French radio station RMC Sport. “They told me, ‘You know, Willy, he’s just Georgian, he’s not Brazilian. It’s less glamorous.” Therefore, Kvaratskhelia decided to return home, to Batumi, in order to wait for some time.

His followers are unlikely to face the same problem. Luka Parkadze, a 17-year-old winger from Dinamo Tbilisi’s academy, will join Bayern Munich next year after being sent there for a successful trial earlier this year. “We don’t have many scouts in Georgia,” says Carrasco. “So we have to do our best to help them get to know our players.” 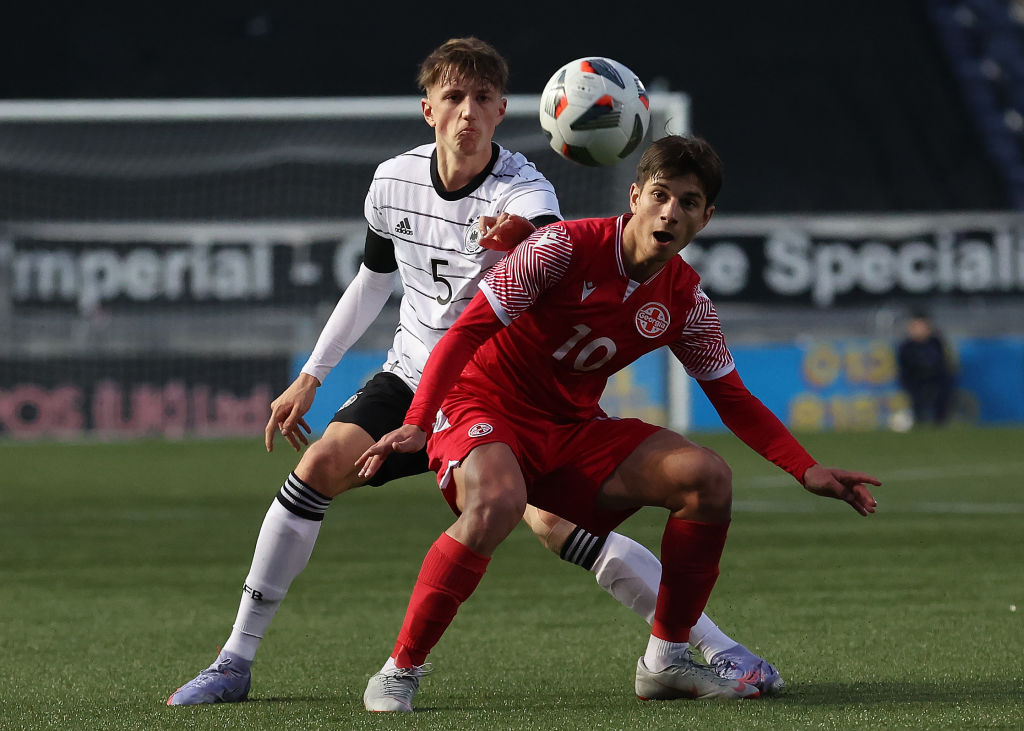 Carrasco describes Parkadze as “a very attacking, fearless footballer who understands the individual game, can prove himself in big games”. Sounds familiar.

“Just a few years ago, children in Georgia dreamed of becoming the next Lionel Messi, the next Cristiano Ronaldo,” Kobiashvili argues. “Now their role models are Khvicha and Mamardashvili. They have changed the whole football culture in Georgia.”

Nowhere is it felt as strongly as in Batumi. When Kvaratskhelia eventually left, leaving Adjarabet Arena for Europe’s grandest stadiums, Dynamo Batumi ran into trouble. Stadium attendance has returned to normal. Many tourists disappeared as suddenly as they appeared before.

However, the club’s academy was overwhelmed. 10 times more applications were received than usual. Now it has about 800 players.

“We have to build two new pitches, find new coaches,” says Dynamo fan Batumi Varshanidze. It seems that the club will now live and benefit from those three golden months when it became home to the most interesting player in Europe for many years to come.

Comic Con: We are giving away 3x2 tickets for the fair in Stuttgart!

Project Zero - The Mask of the Lunar Eclipse: Release Date and Overview Trailer