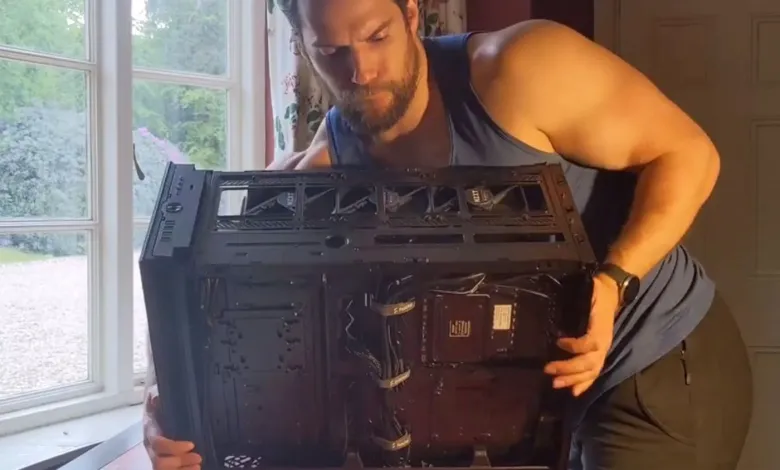 Henry Cavill has revealed that he is planning several major upgrades to his PC in the near future. The actor is particularly eyeing the RTX 4090, but hasn’t fully switched to Nvidia’s new GPU yet.

AMD is expected to announce its new graphics cards on November 3rd, and with reports of melting RTX 4090 sockets, it’s no wonder why Cavill is in no rush to buy one. As for the processor, he is also still in thought.

I think for now I’ll most likely be using an AMD chip, but we’ll see.

AMD recently released Ryzen 7000 processors, including the flagship Ryzen 9 7950X, which Cavill seems to be considering for the next era of his gaming PC.

On the upgrade, the actor said he was “a bit disappointed to find out that along with everything else I had to buy a new motherboard,” echoing the sentiment many builders have with the latest generation of AMD processors. The latest Intel processors, including the Core i9-13900K and Core i5-13600K, support the same motherboards as the previous generation. And the Ryzen 7000 is the first time AMD has changed motherboard sockets in six years.

While Cavill is still picking out the best components for future upgrades, his PC isn’t sitting idle.

It’s still a top PC, but that’s about to change as new parts become available. I just bought a new PSU and it wasn’t easy as it is much bigger than the previous one. It’s 1600 [ватт]. I thought that it would only be necessary to disconnect all things from the previous one, and then connect the new ones. It turned out that I had to disconnect all the wires and cables, because they had to be both of a larger gauge and of a better quality, so it was a little difficult, but it was a good warm-up before the upcoming full disassembly and restoration of my installation.

Xbox Game Pass: This game will be available as a subscription in the new week

Which material to choose to create a podcast? Our selection - Frandroid

Hotel in Amsterdam may sue the creators of Call of Duty: Modern Warfare 2 because of the appearance in the game

D&D: GM Journal Session 13 – The Planes of the Gods

cheap mobile Mobile phones priced not more than 3000 baht throughout the year 2022. What models do you have?