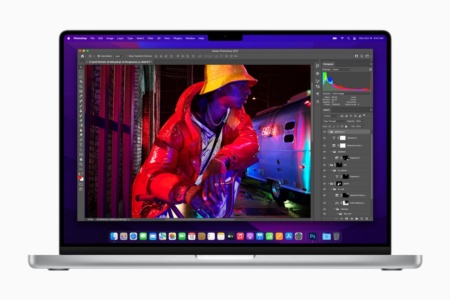 According to a new report by Mark Gurman, the 14-inch and 16-inch Apple MacBook Pro laptops with M2 processors will not hit the market this year. While previous rumors suggested that Apple could release the updated devices by the end of this year, Gurman believes that they will appear in the first half of March.

As Gurman noted, this release window will allow Apple to introduce new MacBook Pros around the same time that macOS Ventura 13.3 and iOS 16.3 updates are released. Their appearance is expected between the beginning of February and March. This prediction is in line with Ming-Chi Kuo’s August tweet that suggested that Apple could release new MacBook Pros early next year. Korean insider Lanzuk (yeux1122) has the same point of view, he says that the new MacBook Pro will appear in March.

Gurman cites Apple’s recent financial report as further evidence that the refreshed MacBook Pro line won’t arrive this year. During a conference call, Apple CEO Tim Cook said the company’s product line is “set” for the holiday season, while CFO Luca Maestri said he expected a “significant decline” in Mac revenue in December. When Apple released the new 14- and 16-inch MacBook Pros last October, those devices generated $10.9 billion in revenue for the company. It looks like Apple isn’t expecting the same trend this year.

As expected, the updated MacBook Pro laptops will not receive significant design changes. Most likely, they will be equipped with more powerful M2 Pro and M2 Max processors. According to Gurman, the M2 Max chip contains 12 computing cores and up to 38 GPU cores (against 10 and up to 32 cores, respectively, in the M1 Max). Launched this summer, the 13-inch MacBook Pro is powered by the M2 chip, which includes 8 CPU cores and up to 10 GPU cores.

Cyberpunk 2077, CD Projekt: perception on the game changed after the updates and Cyberpunk Edgerunners

Looks like season 3 of The Mandalorian will start on February 22, 2023

Nothing Store. The brand’s first physical store arrives before Christmas

What laws would immediately stop Geralt and the Witcher from us?