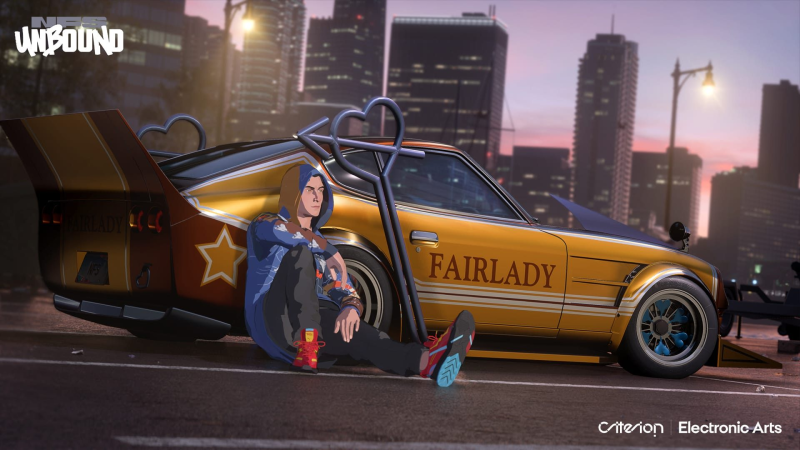 The official site of Need for Speed ​​Unbound has published an interesting article about the customization of the game.

It is expected that the game will offer more options for modifying the appearance of cars and the driver than any previous part of the brand.

Starting the game, we will be asked to create a character. This was already available in NFS Heat, but there it existed in a very limited way – we could practically only change hair and clothes.

Need for Speed ​​Unbound will provide much more freedom in this regard. The driver template will be selected first, and then the head shape, hairstyle, eye and skin color, among other things, can be changed. Many alternative voices will be available, as well as tattoos, makeup, and headbands.

Clothing options will also be greatly expanded, allowing the player to change almost every piece of clothing. Electronic Arts has partnered with a number of popular clothing companies, so their products will appear in the game.

Players will also be able to choose the poses in which their driver will perform after winning the competition. 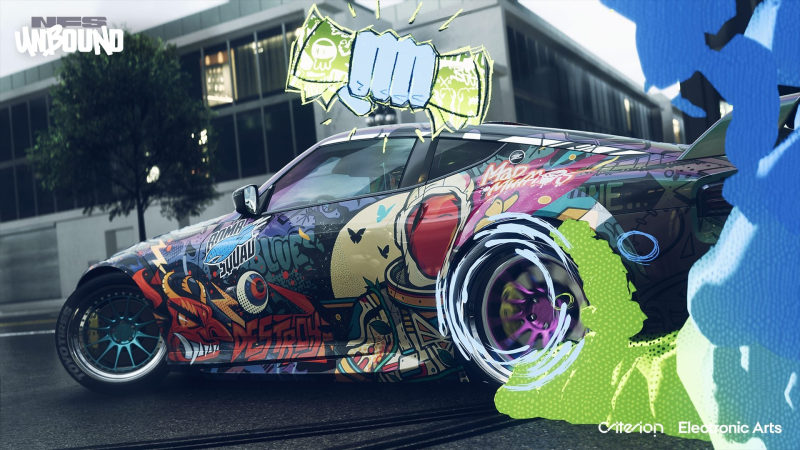 The game will also offer extensive vehicle customization options, covering both looks and performance. This is a long-standing feature of the series, so the improvements made in Need for Speed ​​Unbound won’t be quite as massive as the characters, but even so, tuning fans have nothing to complain about.

The most important new feature will be cartoonish driving effects. They will be divided into two categories: visual cues and sound samples.

Tags are stylized graphics that will appear on the screen when burning rubber, drifting, performing jumps and other crazy maneuvers. With intensive driving, marks will appear more often and charge nitro faster.

At the moment of launching the nitro, the second type of effects will be activated, i.e. sound samples.

To unlock new marks and samples, you will need to complete tasks, find hidden objects and destroy billboards.

For those who do not like such “aggressive” effects, there will be an option to hide them so that only tire smoke and tracks are visible, as well as muting sounds.

Of course, there will be a traditional modification of the car. We will be able to edit the shape of the car and remove body panels (although this will only be limited to some models). We will be given the opportunity to fine-tune every detail – from rims and tires to glass tinting, headlights and taillights, bumpers, side sills or brake calipers and even a license plate. Of course, there will be efficiency improvements as well.

The car can also be repainted; The vinyl editor will feature many new designs from fashion and car companies, as well as previously unavailable fonts, street art, or motifs from other EA games. Players will be able to save their creations and share them with the rest of the community.

Xbox Game Pass: This game will be available as a subscription in the new week