Nibel leaves Twitter and the world of video game news

Nibel he decided to leave Twitter and sharing video game news. For those unfamiliar with it, it was the most famous account in the specialized press, capable of sharing dozens of video game news a day at very high speeds compared to their online diffusion. For many it was enough to follow him to stay informed on the facts of the industry and on the most relevant releases. 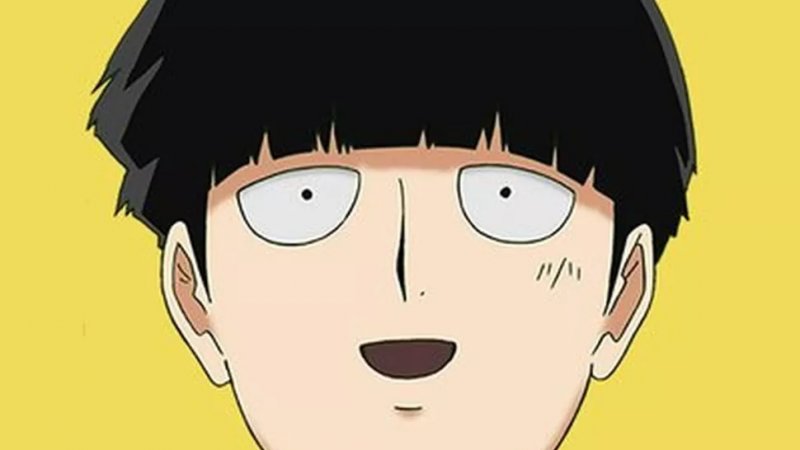 The mythical avatar of Nibel, one of the most recognizable in the industry

Nibel posted a tweet to announce the farewell to Twitter and his Patreon just launched. It will no longer cover video game news on any platform. On Patreon, ours explained why he made this important decision: basically he was unable to get enough to justify what had become an important commitment. Evidently he expected a lot more from the launch of the Patreon, where instead the offers were very scarce, so much so that he made him reconsider the situation. 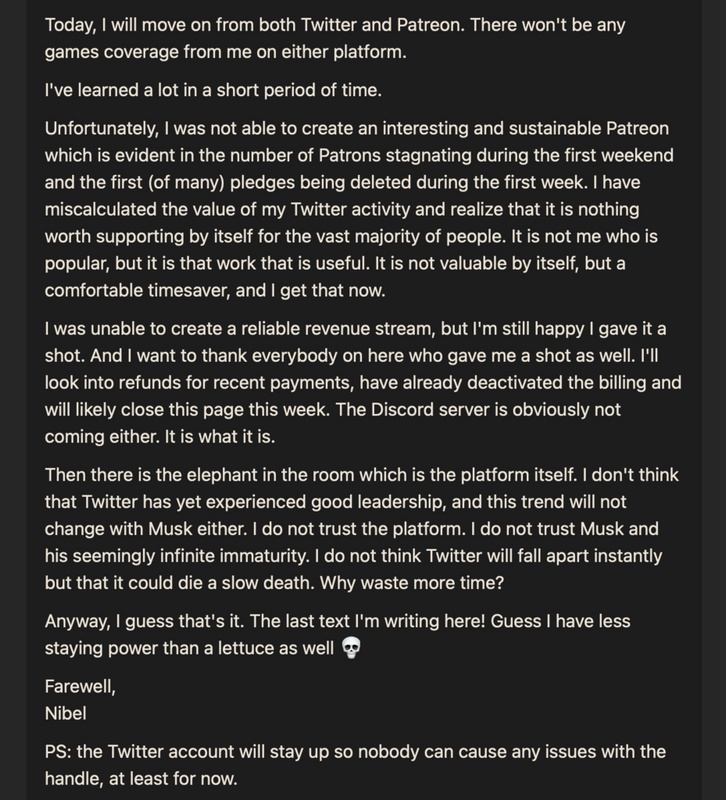 In short, it is a bit as if his work has been devalued by the lack of support from those who have used it for years: “I miscalculated the value of my activity on Twitter and I realized that for the majority of people it wasn’t something worth supporting. It’s not me that’s popular, it’s work that’s useful. It’s worthless in itself, but it’s handy for saving time, now I get it. “

However, Nibel is glad he tried and will refund all recent payments.

Another reason that convinced him to give up is the recent acquisition of Twitter by Elon Musk, whom he does not trust for eternal immaturity: “I don’t think Twitter will collapse immediately, but it will die a slow death. Why lose us again time?”

Nibel seems to be yet another victim of the free at all costs of the network, where those who use the work of others, even for years, do so without giving it any real value.

Atomic Heart disappeared from Steam in Russia and other CIS countries

Halloween 2022: Here is our Top 5 of the most anticipated horror games on PS5, PS4, Xbox and PC

Alexey DOVGIY: “My wife and I were preparing to become parents”

Will play with Lecce. Malinovsky returns to Atalanta