Krafton finally announced the schedule, format, and total prizes for the tournament. This time, Kuala Lumpur is trusted to host this tournament from 10 November to 4 December 2022. The Grand Final will be held in Jakarta on 6-8 January 2023.

There are 51 Teams Competing in PUBG Mobile Global Championship 2022!

A total of 51 teams will compete for the title of PUBG Mobile Global Championship this year. Three of these teams were invited teams that directly qualified for the Grand Final round.

Things are heating up on the battlegrounds!🔥
Meet the teams and their respective groups that will be playing in the 2022 PMGC!

The other 48 teams will compete first in the first round, namely the Group Stage. They will be divided into three groups each containing 16 teams namely Red, Green, and Yellow. 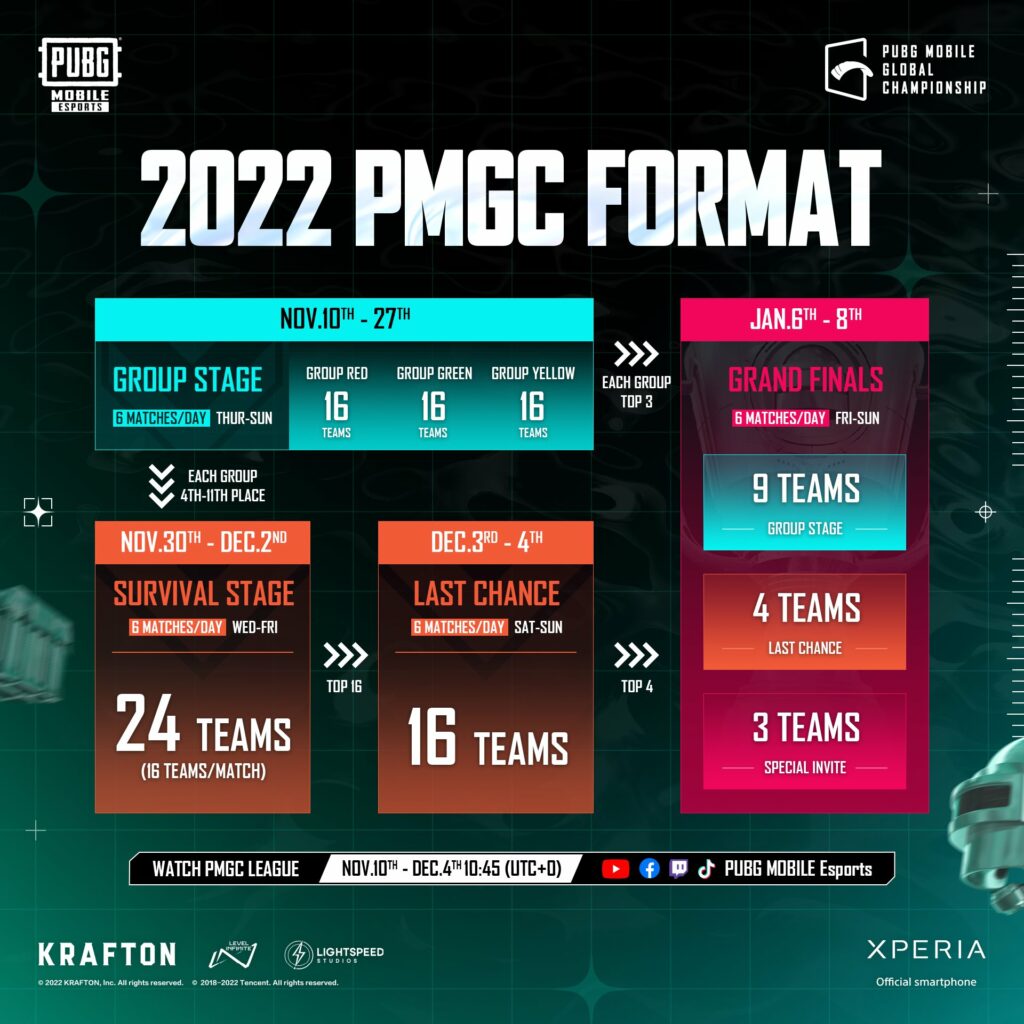 For this year, the PUBG Mobile Global Championship tournament format will be slightly different than before. This tournament is divided into two rounds. The two rounds are the League Stage and the Grand Final. The League Stage which was held in Kuala Lumpur was then divided into three rounds, namely the Group Stage, Survival Stage, and Last Chance.

The first round, the Group Stage, will be held on 10-27 November 2022. In this round, 48 teams are divided into three groups of 16 teams. The top 3 teams from each group can qualify directly for the Grand Final. Teams in positions 4-11 will compete again in the Survival Stage. The five teams in the bottom position will be eliminated from the tournament.

Last Chance will be held for two days, namely 3-4 December 2022. This round will be the last chance for the 16 teams that have passed the Survival Stage to compete for 4 tickets to the Grand Final. This means that teams that do not become one of the top four in the Last Chance round will be eliminated.

Finally, the Grand Final of PUBG Mobile Global Championship 2022 will be held in Jakarta on January 6-8 2022. 16 teams, namely 13 teams from the League Stage and 3 special invited teams, will compete for the championship title. So far, 2 of the 3 invited teams are Alter Ego from Indonesia and SMG from China.

The Total Prize is 4 Million US Dollars! 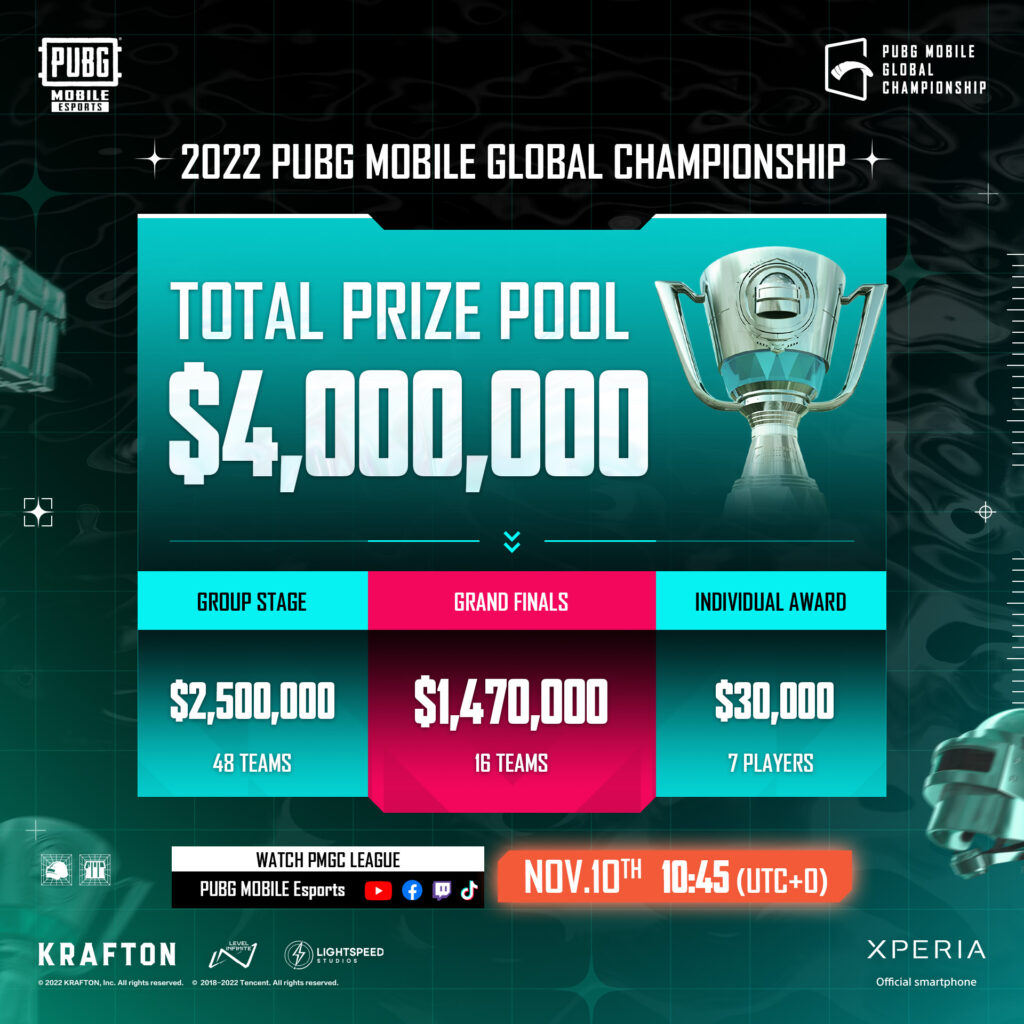 Krafton’s party set the total prize for PMGC 2022 at 4 million US dollars. This total prize will be divided among all teams based on their respective positions in each round.

The Grand Final round offered a total prize pool of US$1.5 million out of a total of US$4 million. At this time, it is not known the amount of money value that will be distributed to each team based on position.

Ronaldo to Sporting? The legendary return is quite real already in the winter

Hideo Kojima scanned a French musician for his new game

Beware of 5 apps that steal credit card information in seconds!

Knives Out 2 in the big trailer: The new Murder Mystery “Glass Onion”!

Deborah Ann Woll, Karen from Netflix’s Daredevil, was not invited to the new Disney series