Sonic Frontiers: Campaign can also be completed without level-ups

As confirmed a few weeks ago, the open-world platformer “Sonic Frontiers” will be provided with a skill tree that will allow you to improve Sonic’s abilities. However, according to the developers of Sonic Team, you can also complete the campaign without level-ups. 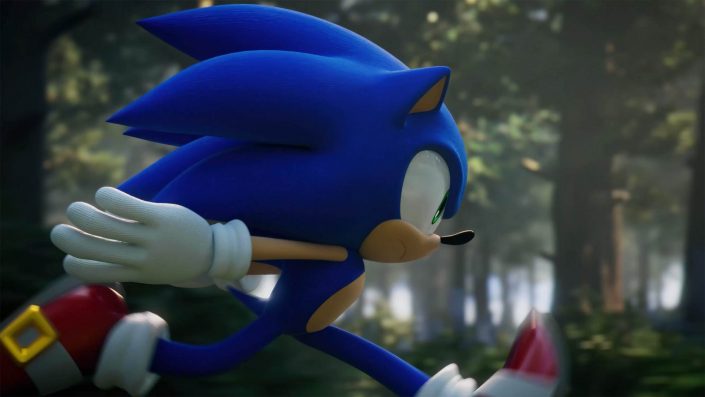 The new features with which the developers of Sonic Team want to help the series to its former glory include the skill tree in “Sonic Frontiers” in addition to the open world.

This will allow you to improve Sonic’s abilities in different areas. Among other things, Sonic’s speed or his penetrating power in battle can be increased here. However, as Sonic Team studio head Takashi Iizuka clarified in an interview, you are not dependent on the skill tree.

Instead, the campaign can also be completed without any level-ups.

The focus is on the action

“Sonic is an action figure in an action game – we’re not making Sonic Frontiers an RPG,” explained Iizuka. “We wanted people to be able to complete the game using just the basic skills they have on the first island. If they have the technical skills and technique, they can complete the game without upgrading their skills or adding anything to the skill tree.”

“From the developer’s point of view [des Teams] go out and make an action game. They view Breath of the Wild as an RPG. It’s not at all similar to the action game they make,” added Iizuka. “You know, there’s the same element of freedom that was applied to Breath of the Wild as an RPG, but they take the high-speed linear action sonic game and implement that freedom there.”

Sonic Frontiers will be released on November 8, 2022 for PC, PlayStation 4, PlayStation 5, Xbox One, Xbox Series X/S and Nintendo’s Switch.

Tundra Esports became the winner of The International 2022 Dota 2 championship and received $8.5 million in prize money

Activision x Microsoft, long path to acquisition: new updates made in the UK

HBO Program Director: ‘House of the Dragon’ Season 2 Coming in 2024