The Internet will no longer be the same – from November 1, new regulatory rules for IT giants come into force in the EU – Aroged 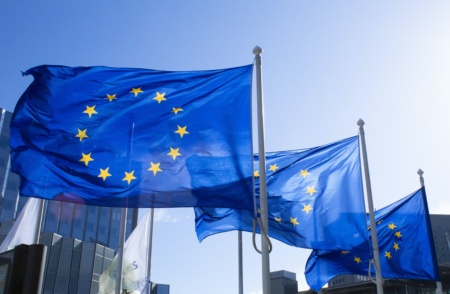 This week, a law will come into force that will forever change the Internet and make life much more difficult for tech giants. From November 1, the European Union Digital Markets Act will come into effect, which could force Amazon, Google and Meta to make their platforms more open and interoperable as early as 2023. This will lead to major changes in what people can do with their devices and the applications installed on them.

The new law (DMA) requires dominant platforms to give more opportunities to smaller competitors. For example, it can force Meta’s WhatsApp to receive messages from competing messengers like Signal or Telegram, or prevent Amazon, Apple, and Google from prioritizing their own apps and services.

Technology platforms do not need to immediately comply with new requirements. The EU must first decide which companies are large and powerful enough to be covered by it. This group is expected to include more than ten companies, whose names will be announced in the spring. They will then have six months to complete the requirements.

A wave of lawsuits challenging the new European rules is quite predictable – European officials are already in California and other technology centers to explain innovations to companies. The EU has previously imposed heavy fines on Google, Apple and others under antitrust investigations, a mechanism that put the burden of proof on bureaucrats. With direct regulation, it is the responsibility of the business to comply. The stage of negotiations has passed, and in the EU they hope to comply with the requirements..

Tech companies will soon have to deal with another massive EU regulation, the Digital Services Act. It requires risk assessment of some algorithms and disclosure of information about automated decision making, and could force social services like TikTok to expose their data to outside scrutiny. The law will also be introduced in stages, with the largest online platforms expected to comply with it from mid-2024. The EU is also considering adopting special rules for artificial intelligence that could ban some use cases for the technology.

Edge rewards Bayonetta 3 and crushes Scorn, even the Italian horror Saturnalia is good

Octopath Traveler 2, a trailer features two characters from the game