, Bandung – Another Elden Ring player made history! This time, a Twitch streamer managed to defeat all the bosses without taking any damage. This feat was accomplished by Twitch streamer GinoMachino, taking a total of 9 hours to complete the game.

Been Revealing Plans since March

GinoMachino previously revealed his plans on Twitter on March 7. He promised that he would defeat all Elden Ring bosses without taking any damage. 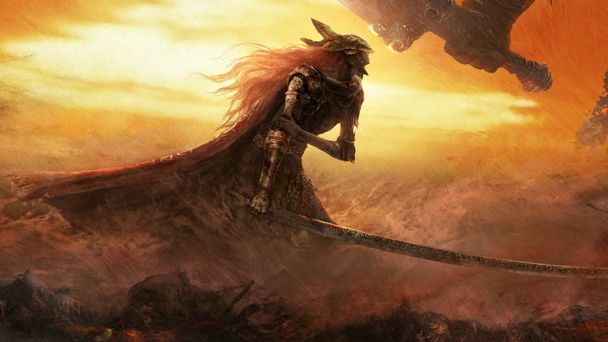 Malenia, one of the hardest Elden Ring bosses

Defeating all Elden Ring bosses without taking damage seems difficult for every player. Overall, there are a total of 165 bosses in the soulslike game, ranging from the easiest in Limgrave to the most difficult one like Malenia.

Reporting from IGN, GinoMachino spent two months to determine the route for the no-hit-run. If hit by damage from the boss, he must restart the game from the beginning to achieve a real no-hit-run.

GinoMachino has previously completed various Elden Ring challenges. He became the first person to successfully complete the game made by FromSoftware without using any weapons at all on October 22.

Plus, a Seki streamer managed to finish Elden Ring in a no-hit-run in approximately three hours on April 1, 2022. Seki didn’t take any damage from the boss or the environment, including poison or fall damage.

GinoMachino Defeats All Elden Ring Bosses Without Damage in 9 Hours

GinoMachino finally started a stream to break a new record of defeating every boss without damage on October 25, 2022. Finally he managed to complete the Elden Ring without damage during each of his boss battles within 9 hours.

We did it. World’s First Elden Ring All Bosses No Hit Run has been completed.

“I can’t believe we made it. I… wasn’t confident at first today,” said GinoMachino at the end of the stream while celebrating.

This is a matter of pride for GinoMachino who managed to complete another Elden Ring challenge. As soon as he shared footage of defeating the final boss on Twitter, netizens flocked to praise him.

Quite a number of players took on various unusual challenges in completing the Elden Ring. Starting from using Ring-Con to dance pads. Various attempts to solve it in an unusual way seem to be continuing.

The next update for Subverse will be released in November, the new waifu will be the hacker girl Fortuna

This Chinese and electric “copy” of the Porsche Panamera costs less than 30,000 euros