Tundra Esports became the winner of The International 2022 Dota 2 championship and received $8.5 million in prize money 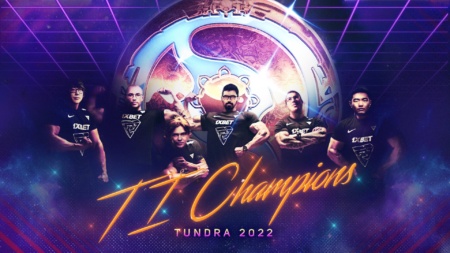 Tundra Esports won The International 2022 Dota 2 tournament by beating Team Secret 3-0 in the grand final. As a reward, the winning team received $8.5 million out of a total prize pool of $18.8 million.

Tundra Esports consists of skiter (Oliver Lepko, Slovakia), Nine (Leon Kirilin, Germany), 33 (Neta Shapira, Israel), Saksa (Malte Winter, Macedonia) and Sneyking (Jingjun Wu, USA). The team dominated throughout The International 2022. They took first place in Group B in the group stage and then won every game in the Main Event upper bracket. The team lost only four maps in the group stage and only one in the main stage.

The second place was taken by the Team Secret team, which includes Ukrainian e-sportsman Roman “Resolut1on” Fominok. She gradually improves her results. In 2019, the team took fourth place, in 2021 – third place, in 2022 – second place. This year they received an award in the amount of almost $2.5 million. Ukrainian Roman Fominok (Resolut1on) is a member of Team Secret.

Tundra Esports are your #TI11 Champions! 🎉 Congratulations to skiter, Nine, 33, Saksa, and Sneyking — dropping just one game during the entire Main Stage and taking the Grand Finals 3-0, they emerge victorious on their quest for the Aegis. pic.twitter.com/R1bhFziPq2

Team Liquid, which entered the tournament as an outsider, managed to reach the final day of the competition. She lost to Team Secret 2-1 in the lower bracket final, finishing in third place.

Unfortunately, the official broadcast of the Grand Final suffered due to technical issues. During the third game, the broadcast was interrupted for almost 10 minutes, so that the audience could not see what was happening in real time. This was one of the many technical glitches that accompanied The International 2022 and drew criticism from the Dota 2 community.

Activision x Microsoft, long path to acquisition: new updates made in the UK