The new racer WRC Generations from KT Racing will appear later in the week. Then there will also be a brand new league mode. 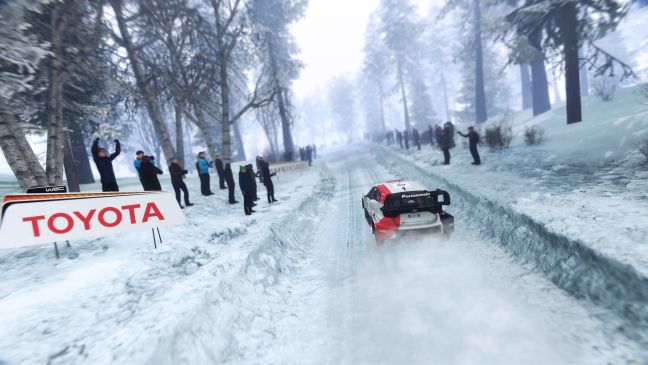 From November 3rd, the new WRC Generations will be available on PS5, PS4, Xbox One, Xbox Series X/S and PC; an implementation for the Nintendo Switch will follow on December 1st. As soon as the title is available, you can also look forward to the introduction of a new league mode compared to the previous WRC parts.

That league mode is said to be the most important competitive game mode in the new racing game. It is divided into the categories “Solo” and “Team”. In Solo mode, placement on the leaderboard is determined by individual points scored, with the total number of points scored by all team members determining the team’s placement.

The league mode is a cross-platform feature, the only exception is the later Switch version. The aim is to achieve the highest rank within the different leagues:

Each league is divided into three tiers. Each stage is in turn divided into groups of 30 individuals and 8 teams to allow for fair competition.

Seasons are divided into weeks, including a week-long qualifying phase and ten weeks of competition, featuring daily and weekly challenges. Anyone can participate in these to climb up their group leaderboard. Each week ends with a re-ranking where soloists and teams are repositioned according to their performance. This is how experience is gained, which can be used to unlock new customization items for the driver card and decals for the livery editor. At the end of the season, the top three teams and individuals in the world are inducted into the league Hall of Fame.

The new racing game WRC Generations also gets a new league mode compared to its predecessors.

FIFA 23 played for almost 16 billion minutes: the statistics of EA