Last week there were no big tournaments, but there were WTA 125 competitions in Mexico and tournaments under the auspices of the ITF.

At the ITF 100,000 in Spain, another Italian Jasmine Paolini won. She rose to 63rd position.

There were no changes in the top ten.

As for the Ukrainians, all our representatives of the top hundred lost a little, especially Marta Kostyuk. Katerina Beindl, who played in the final of the 100,000th place, added 35 positions well. Alexandra Oleinikova was awarded points for winning the 15,000th place, she added 86 lines, and Nadezhda Kolb was also 77 places higher.

Ukrainian women in the WTA ranking 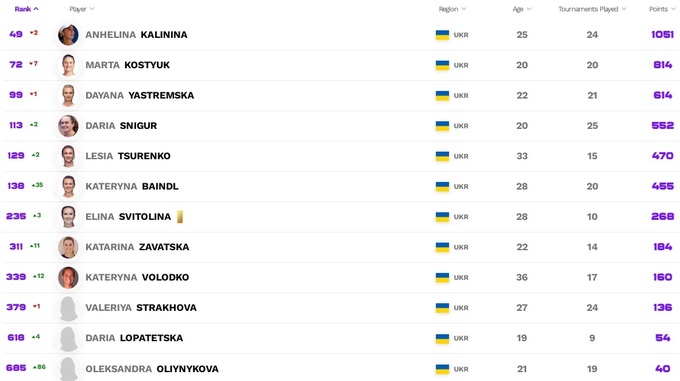 In the doubles rating, Lyudmila Kichenok remained in tenth position. Marta Kostyuk (46) and Nadezhda Kichenok (84) are also in the top 100.

God of War Ragnarok: Cory Barlogs disappointed by the leaks and story spoilers

Until the end of the year, Apple does not plan to release new models of computers

Marvel Snap: PvP multiplayer mode will arrive by the end of 2022