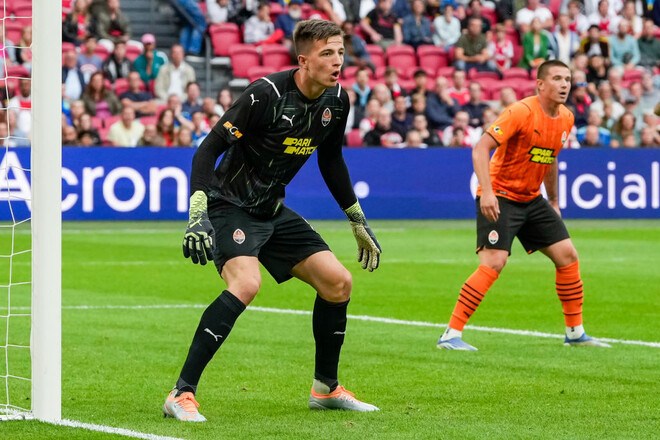 Shakhtar Donetsk goalkeeper Anatoliy Trubin explained the team’s claims to play the Champions League Group 6th round against German RB Leipzig. The 21-year-old native of Donetsk said that he and his partners are eager to continue their performances in the championship tournament, which means that they will only play to win.

– Now the decisive match of the Champions League. Does the fact that you have already beaten Leipzig add strength?

– It is already the past, a lot of water has flowed under the bridge since then. Now they have a new head coach and they show a very confident game. They defeated Real Madrid and beat Bayer in the last round of the Bundesliga. But this is the Champions League, and we will set the maximum task for ourselves, we will give all our best to win. After all, the Europa League is good, but each of us wants to play in the Champions League, because this is the best tournament.

– This will be Shakhtar’s third home game in Warsaw in this Champions League. With each match, the support from the stands is getting stronger, do you feel it?

– I am very grateful to the people who come and get sick. But, of course, these are not the same feelings when we play in Ukraine. But I repeat, we are grateful to everyone who comes to the matches – the Ukrainians who are here, the Poles, all the fans. I understand that there may not be ardent Shakhtar fans among them, but they still come and support us, and this is important and valuable. I hope that they will come this time and will support us from the first minutes. And this support, in turn, will give us strength.

The game between Shakhtar and RB Leipzig will take place on Wednesday, November 2, starting at 22:00 Kyiv time.

An asteroid dangerous to life on Earth has just been discovered, scientists announce its size

Forspoken: a video about Frey’s movements and magical parkour

Luís Represas – In the Corner of the Night