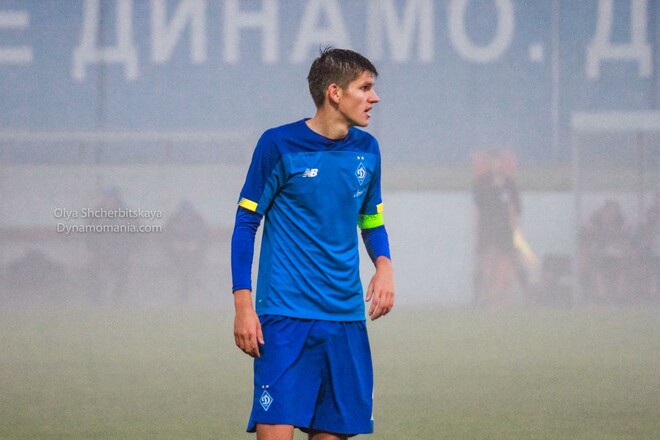 21-year-old Ukrainian defense player Christian Bilovar, who since the summer of this year, on loan from Dynamo Kyiv, has been playing for the Cypriot AEL, spoke about moving to the club from Limassol.

– When young players go on loan, they usually choose central Europe. How did the option with Cyprus come about?

– I had several offers: one of them in Poland, one in Belgium and one from Cyprus. For me, as a young football player, the decisive factor was that here I was promised match practice in almost all matches of the season.

– Did you talk to Lucescu before going on loan? Maybe he said something to you, somehow motivated you?

– Yes, I talked to him at the end of the training camp in Switzerland. He recommended that I go out on loan and said that I needed to gain playing practice and experience. Because it makes no sense for me to sit on the bench now, but I need to play. This is the only way I can grow into a good player. I listened to him, and will always listen to his advice.

– The Cypriot Championship may be underestimated. We see how AEK played in the Europa League group with Dynamo, we remember Anorthosis, which entered the Champions League group stage in the 2010s, then Europe learned about APOEL…

– I can say that the level of the championship grows when the level of the players playing in it grows. And over the past few years, three to five, many top players have come here, and in teams of different levels – from leaders to outsiders. As an example, we can take Aris, which played in the second league last season, and now occupies the second place in the top division. This is due to the fact that many foreign players came to them, including from the French Ligue 1 and the Spanish La Liga. Also this season, Omonia played in the Europa League group, and in two matches with Manchester United they were in no way inferior to the English giant, the same Apollo played in the Conference League with Dnipro-1. The most interesting thing is that next season Cyprus will be represented in European competitions by other teams, and this is the beauty of the national championship.

– It turns out that your main task here in Cyprus is to gain experience, new football knowledge in order to return to your home team?

– Now God has given me such an opportunity to be here, and I see that in this championship and in this team I can progress. But I cannot assess my progress – I can only assure you that every day I make every effort to develop as a football player. Of course, I would like to return to Dynamo, because this is my native club, but my progress will be assessed by Mister, and the final decision – whether to return me or not – will be his.

Games will change settings, and difficulty, by themselves!

The Last of Us, official board game announced by Naughty Dog

Richarlison put Brazil in the lead. Tournament tables of the World Cup after the 1st round