As a result of studying the problem of melting power connectors on GeForce RTX 4090 video cards, it turned out that not everyone comes across the same adapters. Surveys conducted by several technology media outlets have shown that some users have received an adapter with their video card that uses lower grade wires. 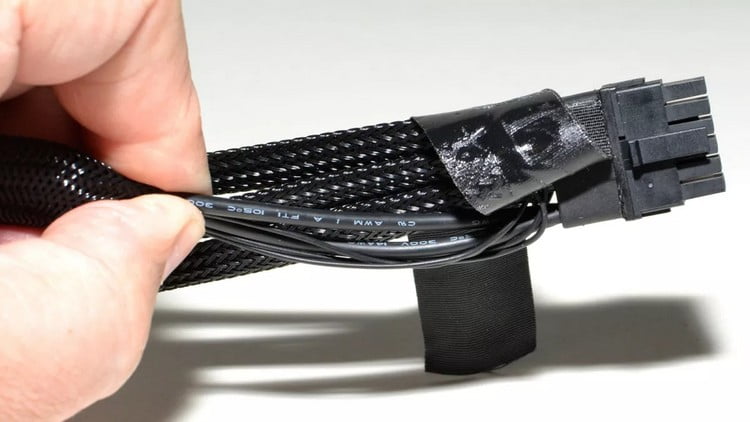 To begin with, we recall that last week the problem of melting of the new 12 + 4-pin power connectors (12VHPWR) on GeForce RTX 4090 video cards surfaced. Following on the pages of the Igor’s Lab resource, a version appeared that poor-quality adapters from four familiar 8-pin connectors were to blame. on one 12 + 4-pin new one. However, a Gamers Nexus study showed that it is unlikely that the problem is only in the adapters – he failed to make the connector melt even after damaging it.

Gamers Nexus reviewers also noticed that the adapters they tested use wires rated for 300V (marked 14AWG, 105C), while in the photos of Igor’s Lab the wire belonged to the 150V class (marked 16AWG, 105C). Therefore, Gamers Nexus, and behind them the Hardware Luxx site, asked their audience how common wires with one type or another of wires are. 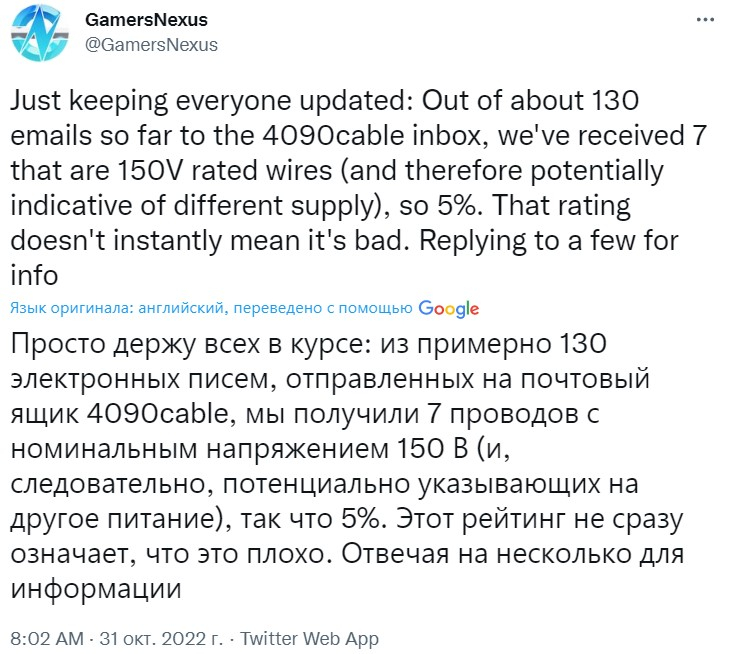 Gamers Nexus said that out of 130 GeForce RTX 4090 owners surveyed, only 7 people, or just 5.4%, had adapters with lower-grade wires, while the rest had 300V wires. Interestingly, mostly 150V wires used in adapters for Zotac video cards.

The German Hardware Luxx has a smaller sample so far – 29 people, of which 86.2% of respondents have adapters with 300-V wires, and 13.8% have 150-V wires. Interestingly, in Germany, adapters with lower grade wires are more common.

At the same time, even if you have an adapter with 150 V wires, you should not panic. There is currently no known relationship between wire gauge and connector melting. However, with at least 15 “documented” cases of adapter reflows occurring so far, any GeForce RTX 4090 owner should exercise caution until NVIDIA and its partners release an official statement on what is happening.

NBA. Sacramento with Lan wins second game in a row

The demons return: the first frame from "Rise of the Evil Dead" appeared