Sony called Ben Stiller, John Travolta and LeBron James to advertise God of War Ragnarok – it turned out funny and a little awkward

Publisher Sony Interactive Entertainment from the page of the official blog of the PlayStation presented an unusual promotional video for the adventure action game God of War Ragnarok from developers from Santa Monica Studio. 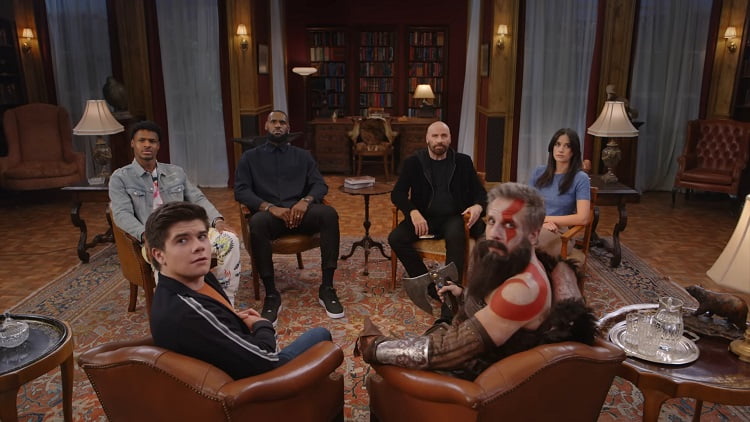 In the video, Stiller, dressed as the Spartan Kratos from God of War (2018), explains to colleagues and their children how the relationship of Kratos and his son Atreus in Ragnarok can inspire parents to become better (especially in the Kratos costume).

Viewers in the comments on YouTube and in the discussion on the ResetEra forum praised the amusing concept and some jokes, noted the length of the video and some awkward presentation of the material.

God of War Ragnarok is set to release on November 9th for PS4 and PS5. The first reviews will appear on November 3, but even before that the game was the victim of a large-scale leak – developers ask do not distribute spoilers.

God of War Ragnarok, a video diary about the creation of creatures and characters

Overwatch 2: a new character removed from the roster, explanations from Blizzard

Ghost of Tsushima is 'similar' to Resident Evil, according to a former Capcom producer

[PLUS] Practice: Optimizing subtimings for DDR4 RAM for Ryzen 5000