HBO’s adaptation of The Last of Us could premiere on Sunday, January 15, according to text that appeared on the HBO Max app. Several Twitter users report seeing the date along with the show’s teaser – the text still appears on both the HBO Max app and the website. 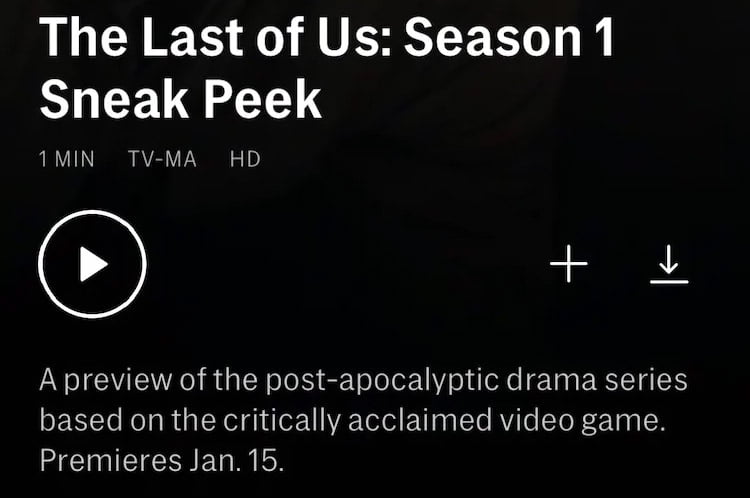 In the UK, broadcaster Sky allegedly distributed marketing materials suggesting the series would air in the country on 16 January. Time zone differences mean that Sky typically airs HBO’s Sunday shows early Monday morning and then repeats them on Monday night, so the date shown is one day later. Officially, HBO previously announced a vague release date for “2023”, which is still listed on the site.

The Last of Us stars Pedro Pascal and Bella Ramsey (of Game of Thrones fame) as Joel and Ellie as they try to navigate a post-apocalyptic world where humans are turned into monsters by a deadly fungus. The game’s creative director, Neil Druckmann, co-wrote the series with Craig Mazin.

Twitter: Elon Musk's idea, $ 8 a month subscription for the blue check and other benefits

Tyson Fury: "If Chisora ​​isn't good enough, neither is Usyk"

A new chapter of the animated series on World of Warcraft: Dragonflight dedicated to Neltharion