This could have been the very first Android smartphone – Frandroid

Android co-founder Rich Miner has posted a photo of what could have been the very first Android-powered smartphone. Not without addressing his vision of the time as to the beginnings of the smartphone market. 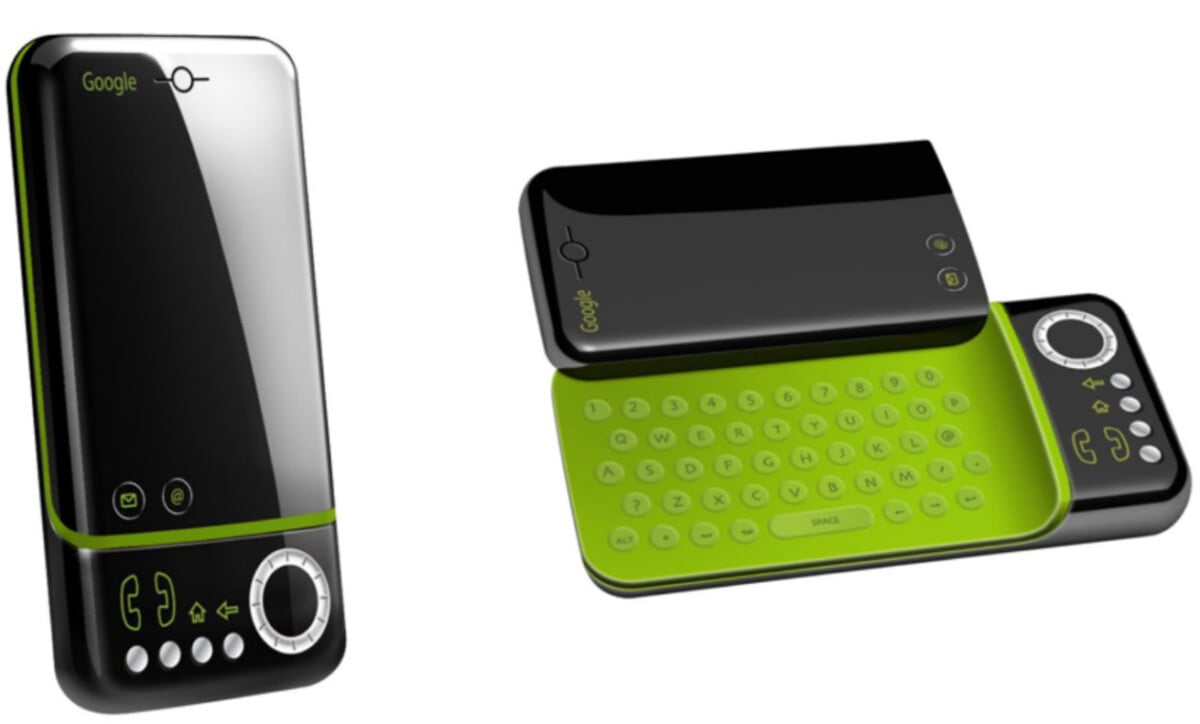 On September 23, 2008, the first Android-based phone was announced, I named the HTC G1, also known as the HTC Dream. This device was launched a year after the iPhone, which opened a new chapter in our technological history with the arrival of the very first smartphones.

However, the HTC Dream almost did not win this scoop. Indeed, Rich Miner, co-founder of Android alongside Andy Rubin, shared on Twitter an image of a phone that could have been the first mobile device taking advantage of this operating system – OS acquired by Google in 2005.

And the least we can say is that the resemblance to the HTC Dream is relatively striking. We are dealing here with a sliding touch screen giving way to a physical keyboard, as well as a series of buttons with various functions: mail, @, pick up, hang up, Home button or even back.

All along we were working on 2 phones, Sooner, more blackberry-like & Dream, touchscreen based. After the iPhone launch we did cancel Sooner to focus on Dream (eventually the Google G1) but its design changed little from this rendering made 5 months before the iPhone launched. pic.twitter.com/lC8m0WolgE

On the right, a kind of wheel would seem to have been used to navigate within the interface. What’s funny here is the date of these renderings: Rich Miner claims that they were made five months before the launch of the iPhone. Except that at the time, their concerns were not called Apple, but Microsoft.

A response to Windows Mobile

Windows Mobile was indeed a fierce competitor, which could have walked in the footsteps of Windows for PC but on the scale of telephones. No question for Rich Miner and his teams to leave them the field free and to monopolize all the shares of the market, hence their response with Android.

The person concerned specifies that his engineers were working on two telephones, one of the BlackBerry type (named Sooner), the other Dream. As soon as the iPhone was released, the first was abandoned in favor of the second, with some aesthetic changes in fine.

SMARTSWIFT opens up a new experience in cross-border money transfers.

Google Photos: how to hide images from the most curious