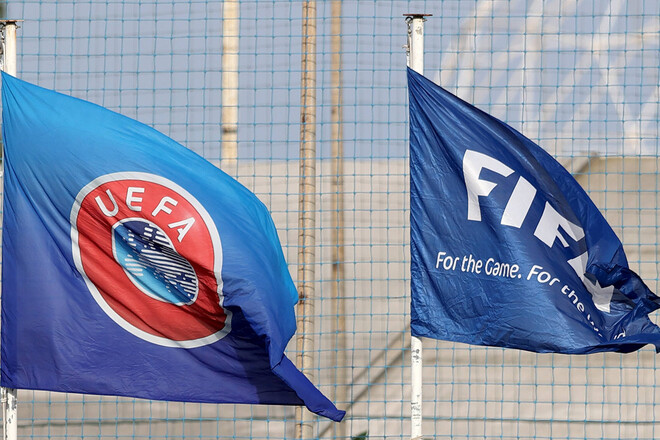 We offer you to get acquainted with the selection of the main news and materials on Aroged for Monday, October 31.

1. The UAF asks to exclude Russia from UEFA and FIFA, and also to throw Iran out of the World Cup. Ukrainian Football Association appealed to UEFA and FIFA

2. Mastery of rotation. Veres finished the ear in Kovalevka. Yaroslav Vishnyak changed the course of the match in favor of his own team with successful substitutions

3. UPL standings. Dnipro-1 broke away from Shakhtar, Dynamo – in 8th place. At the bottom of the standings are “Ingulets” and “Chernomorets”

4. The UAE announced the dismissal of Rebrov. Fake? A member of the board of directors of Al Ain clarified the situation

5. Real changed their mind about signing Mudrik: the reason is known. Creamy was scared away by the transfer fee of Shakhtar’s talent

6. De Zerbi intends to sign Matvienko in the winter transfer window. The amount of the transfer from Shakhtar to Brighton is estimated at 20 million euros

7. “He’s just Georgian, he’s not Brazilian. It’s less glamorous.” The legend of Kvaradon. Khvicha Kvaratskhelia in a short period of time became the star of Napoli and the entire Serie A

8. BELENYUK: “I am challenging the system: I am going to the election of the President of the National Olympic Committee of Ukraine.” The Olympic champion confirmed the information Aroged

10. Ivan REDKACH – about the photo of Usyk with Kovalev: “Two-faced pots.” Ukrainian boxer believes that Alexander has become very insincere

For AMD, next year won't be as easy as expected

This AI Watched YouTube To Become A Minecraft Expert