Warsaw hosted the match of the final round of the group round of the Champions League, in which Shakhtar Donetsk hosted the current holder of the German Cup – RB Leipzig. Igor Jovićević’s team in this match was satisfied only with a victory, since any other result did not allow them to get a ticket to the 1/8 finals of the most prestigious European Cup.

The Bulls were also happy with a draw, but they wanted not only to stay in second place in the standings, but also to take revenge on the Pitmen for their humiliating home defeat (1:4) in the first round. And the victory also gave the Germans a chance to finish first in the standings, provided that Real Madrid could not beat the Scottish Celtic in a parallel meeting.

A trump card in the guests’ sleeve was their new head coach Marco Rose, who two years ago won two big scores against Shakhtar at the head of Borussia Mönchengladbach. Then the Gladbachers scored 10 goals without an answer. As the final result of today’s game showed, the Pitmen really are a convenient opponent for Rose (or vice versa). But first things first.

For the champions of Ukraine, the match did not immediately go according to plan. Already in the 10th minute, Christopher Nkunku opened the scoring with a successful rebound after Anatoly Trubin parried Timo Werner’s shot. For the French midfielder, this goal was the third in this European Cup season. 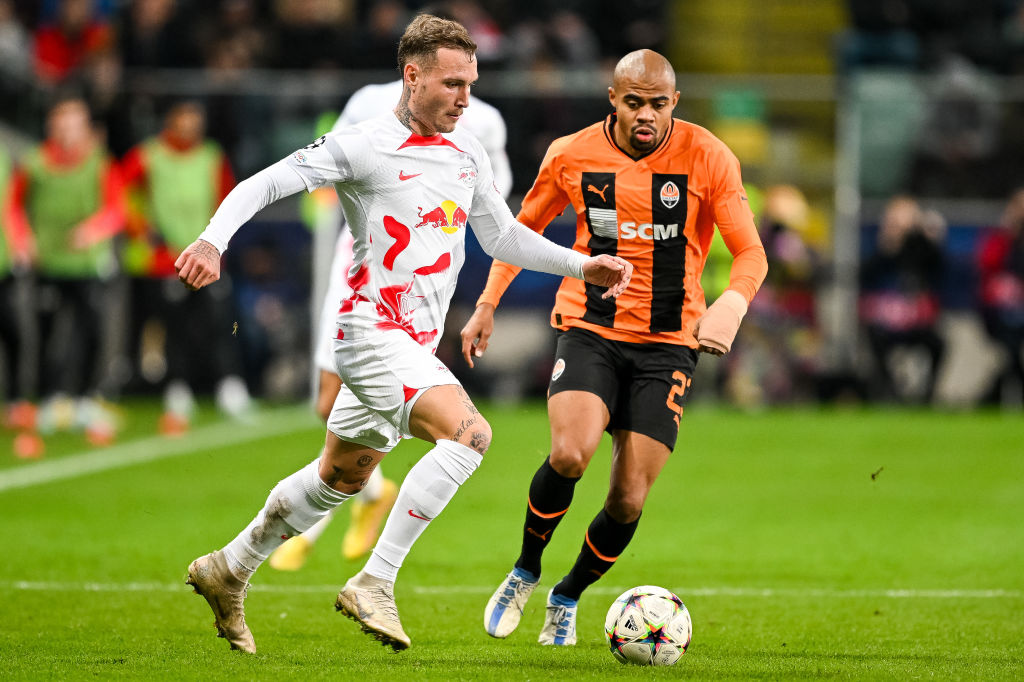 Thus, the Pitmen’s chances to cling to the “pie in the sky” de facto disappeared already in the opening game. The Donetsk team had to score at least twice, while the opponents even got the right to make a mistake. However, the wards of Jovicevich did not give up and tried to win back in the first half, but they left for the break, losing in the score.

In the locker room, the Croatian specialist had to find the right words for his team to turn the tide of the fight. However, the beginning of the second half turned out similar to the first. RB Leipzig again scored an early goal, this time by Andre Silva. After a header, the ball hit the corner of the Donetsk team’s goal – Trubin again failed to save.

And in the 63rd minute, even the most optimists realized that this match would be the last for Shakhtar in the Champions League this season. Dominik Soboslai received a pass on the move, beat Trubin and sent the ball into an empty net, bringing the score to a devastating one. This game could have ended, but the “bulls” did not stop.

At the equator of the second half, the Pitmen’s goalkeeper had to get the ball out of his net for the fourth time. RB Leipzig players played a free-kick when everyone was waiting for a cross into the penalty area, and Dani Olmo scored from the far post with a masterful shot from an acute angle. Incredible performance, Trubin simply had no chance to reach out.

0-4 – Shakhtar will continue their European campaign in the spring, but already in the Europa League. RB Leipzig still finished second in the group as Real Madrid scored five goals against Celtic at the Santiago Bernabéu, conceding only one in return.