Call of Duty: #GhostUnmasked – The secret has been revealed

Call of Duty: Modern Warfare II was released on October 28th. Usually worn by Special Forces Operator and Commanding Officer of Task Force 141, Simon “Ghost” Riley, it was recently donned to another operator with a distinctive voice, swagger and unique talents – the Scottish Singer and songwriter Lewis Capaldi (“Someone You Love”, “Before You Go”). 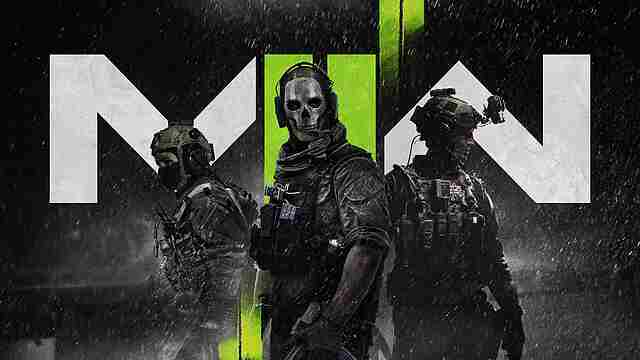 But first things first – what’s behind the #GhostUnmasked campaign? A number of clues have been circulated on social media and Spotify. The community was asked to identify the person behind the ghost mask. The first clues came from French hip-hop artist Youv Dee, who speculated about Ghost’s whereabouts and who might be behind it. Then came German rapper KC Rebell, who gave his fans a musical trail to the real Ghost by encouraging them to listen to a special playlist on Spotify.

Despite his song “Forget Me”, an increasing social media debate ignited around the yet unknown celebrity behind #GhostUnmasked and Lewis Capaldi was eventually identified as the iconic game character. You can watch Lewis Capaldi’s unmasking on YouTube.

“I feel absolutely electrified to be Ghost. I was born to be that person. She is exactly how I feel. And let’s be honest: I look stunning in this outfit.”

Afterward, Lewis asked himself a few quick questions about his Squad squad, what’s in his ultimate snack box, and what type of Call of Duty player he is.

You play knockout mode alongside Niall Horan and Yungblud. Both are down and you can only revive one. who would you save

Lewis: Who would I revive… Yungblud doesn’t actually go down that easily, he’s just insane. Yungblud is fine, so I’d probably save Niall. Niall needs the help more urgently.

What kind of Call of Duty player are you?

Lewis: Campers. I am clearly a camper. I don’t walk around. That would make me way too nervous and scared, especially since the game has become so realistic. Also, I’m pretty horrible. I should really say that I am a terrible Call of Duty player.

It’s late, you’ve got a long Call of Duty session ahead of you: what’s in your snack box to keep you from breaking out?

Lewis: Chips. Lots of chips. Chips and other junk, definitely not healthy.

Which celebs do you think are secretly insanely good at Call of Duty?

Lewis: Oh, Gerard Butler. He’s got that weird Scottish accent. Gerard Butler is definitely good. I bet James McAvoy could do it too. And not just to name Scottish guys: I bet Ariana Grande is a wicked good Call of Duty player.

If you could start a band but with the best Call of Duty players?

Lewis: Well, definitely Ariana Grande. She’s a tactician. Who else… Someone a little more reserved, maybe Adele. Adele, Ariana Grande and I are playing COD together. Here’s the plan.