Dead by Daylight: Forged in Fog – 26th chapter of the game announced

Behavior Interactive continues to expand the Dead by Daylight universe. Now the 26th chapter of the horror title has been announced – and of course that brings a lot of content with it. 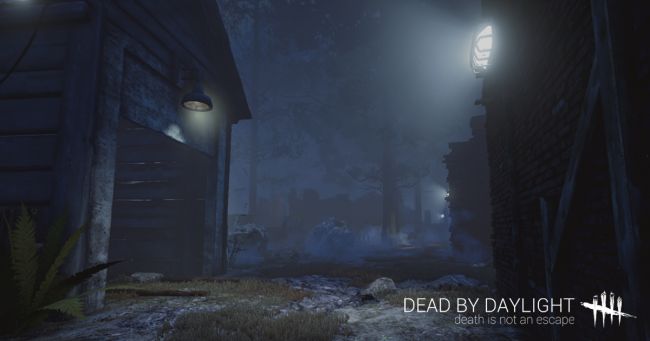 Forged in Fog is the 26th chapter of Behavior Interactive’s horror game Dead by Daylight – and it will be available in just a few weeks from November 22nd. You should be kidnapped in a distant era: the medieval horror.

Of course, as it should be, a new powerful killer is on board again: the knight. There is also the survivor Vittorio Toscano and the new map “The Destroyed Square”. A destroyed village awaits you here, which fell victim to the knight and his guards.

Regarding the new theme, Creative Director Dave Richard says, “This theme is new territory in our universe. Bringing these two concepts to life has been exciting and I’m very proud of what we’ve achieved. These genre elements are on the new Map evident where the ashes of burnt buildings still glow as a remnant of the knight’s fateful visit.”

The new killer is a calculating commander and fearsome fighter. Learning to wield weapons from a young age, the knight gained the undying loyalty of three loyal guardians: the Carnifex, the Assassin, and the Jailer. He achieved fame and notoriety for his martial deeds, rose to the rank of knight and set his sights on a dark campaign for dominance.

The Knight’s power, Guardia Compagnia, allows you to create a patrol path and summon an AI-controlled guard holding a standard flag in place. Once summoned, this sentinel can patrol, hunt down survivors, and damage pallets and generators. When a Survivor is spotted, the Warden will hunt their prey for a limited time or disappear once their target is wounded. The Survivor can trick the Warden by staying alive until the hunt timer ends, unhooking another Survivor, or catching the default flag when it activates.

The new survivor is Vittorio Toscano, a scholar in search of ancient secrets. He has an insatiable thirst for knowledge, fueled by a relentless quest to bring peace, harmony and order to the world. After many expeditions, Vittorio met the knight. While their relationship was initially mutually beneficial, things changed when the knight revealed his true intentions.

Vittorio’s appearance bears the mark of suffering and hard-earned wisdom. His body is covered in strange symbols that glow with a mysterious turquoise light, as if imbued with arcane energy. The mysteries of their origin – and their meaning – will be revealed over time.

With “Forged in Fog” the next chapter of the horror hit Dead by Daylight is in the starting blocks.

The Elder Scrolls Online - Firesong: Trailer provides impressions of the story and the content

Up to €160 free: online banking offers to make the most of Black Friday

Xiaomi 13 officially revealed in full ahead of launch