Halloween is one of the best times of the year for cosplay lovers. The South Korean bodybuilder Eunhee Kang also jumped on the bandwagon and decided to dress up as the character Nezuko from the Japanese animation, Demon Slayer.

The cosplay presented the anime’s most beloved demon in a somewhat different and less delicate way. Check out Eunhee Kang’s characterization and more details below!

Eunhee Kang reinvents Nezuko with her bodybuilder body in cosplay

The protagonist Tanjiro’s sister and one of anime’s most beloved characters appeared somewhat differently in the characterization of South Korean bodybuilder Eunhee Kang. She is one of the most famous athletes in her country and has a very muscular body, but that didn’t stop her from honoring the dear and delicate Nezuko on Halloween.

On her Instagram, she shared some photos of the make-up, in which we can see Nezuko’s usual pink-black yukata as one of the main elements of the cosplay. The bodybuilder managed to pay attention to the details and delivered a less delicate but equally beautiful version of the character of Demon Slayer. 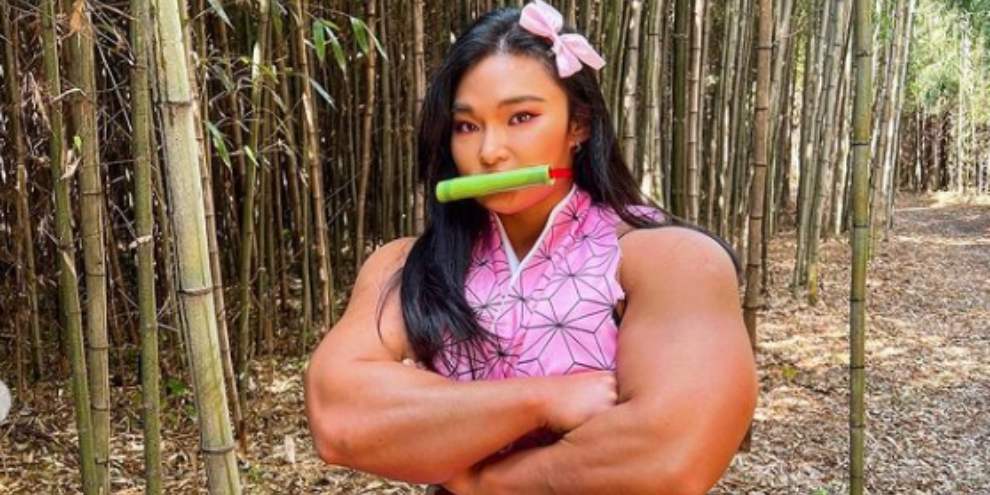 The bow in her hair and the bamboo that the oni uses to hide her fangs throughout the anime seasons are also present in Eunhee Kang’s characterization.

The bodybuilder is known for sharing her daily bodybuilding on her social media, but she took advantage of the Halloween festivities to show her fan love for anime.

And you, what did you think of the pumped-up version of Nezuko by Eunhee Kang?

ASRock offers a 13.3-inch screen for the side of the case