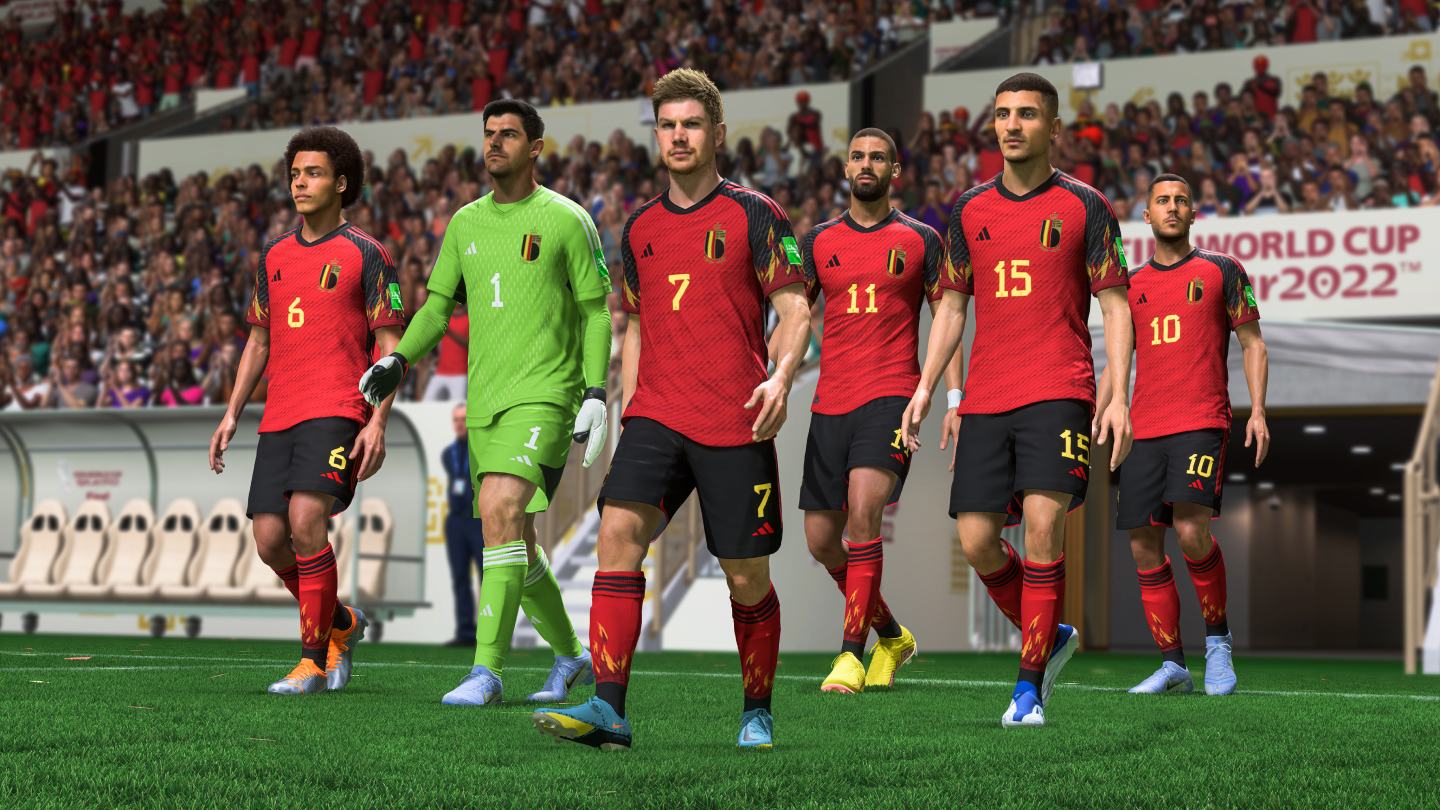 November 2nd, 2022 at 2:41 p.m. by Claus Ludewig – Electronic Arts has announced a free add-on for FIFA 23 for the FIFA World Cup in Qatar. The DLC pack will be available from November 9th.

Within just a week of the release of FIFA 23, EA had 10.3 million players worldwide. Consequently, the latest edition of FIFA is the version with the most players in the release period in the history of EA Sports FIFA games. From November 9th, virtual kickers can look forward to the free add-on for the World Cup in Qatar. Only Nintendo Switch owners get nothing, as the update will only be available for PC, Playstation and Xbox.

FIFA 23: This is what the DLC for the World Cup has to offer

Owners of FIFA 23 (buy now €57.99) can take part in the World Cup either offline or online. If you want, you can also create your own tournaments and help the reigning European champions Italy to participate in the World Cup. Finally, in addition to the officially 32 qualified national teams, a further 50 other nations are available. If desired, the player strengths based on the real World Cup can be included in the game in the new live mode. The controversial World Cup will start in Qatar on November 20th. There is no dedicated World Cup mode for FUT, but there will be special player cards and other exclusive content around 30 hero cards with important footballers from previous World Cups. In addition to a specific UI, the free DLC pack includes two official stadiums from Qatar, including Lusail Stadium, which will host the final on December 18, 2022.

Not only the men’s World Cup can be played in FIFA 23, the women’s football World Cup will also be a part. From 20.07. The Women’s World Cup will take place in Australia and New Zealand from August 20, 2023 to 20.08.2023, for which there will also be a free update in FIFA 23. In general, women’s football in FIFA 23 plays a major role. In addition to numerous national teams, the French league D1 Arkema and the top English division Women’s League with club teams will be fully licensed. There are also over 30 licensed men’s soccer leagues.

Collection for the upcoming World Cup mode in FIFA 23:

From November 9th, virtual kickers in FIFA 23 can look forward to the free add-on for the football World Cup in Qatar. The World Cup can be contested either offline or online with all 32 qualified national teams. If you want, you can also create your own tournaments and participate with 50 other nations. If desired, the player strengths based on the real World Cup can be included in the game in the new live mode. There will be special cards in the FUT trading card mode, including 30 hero Maps with important footballers from previous World Cups. In addition to a new UI, the DLC contains two official stadiums from Qatar, including the Lusail Stadium, where the final will take place on December 18, 2022. Next year, the Women’s World Cup will also be updated via update in FIFA 23 make inroads.

You can now connect your tablet to WhatsApp – Aroged