Gears of War: Epic Games didn’t have a future plan for the franchise 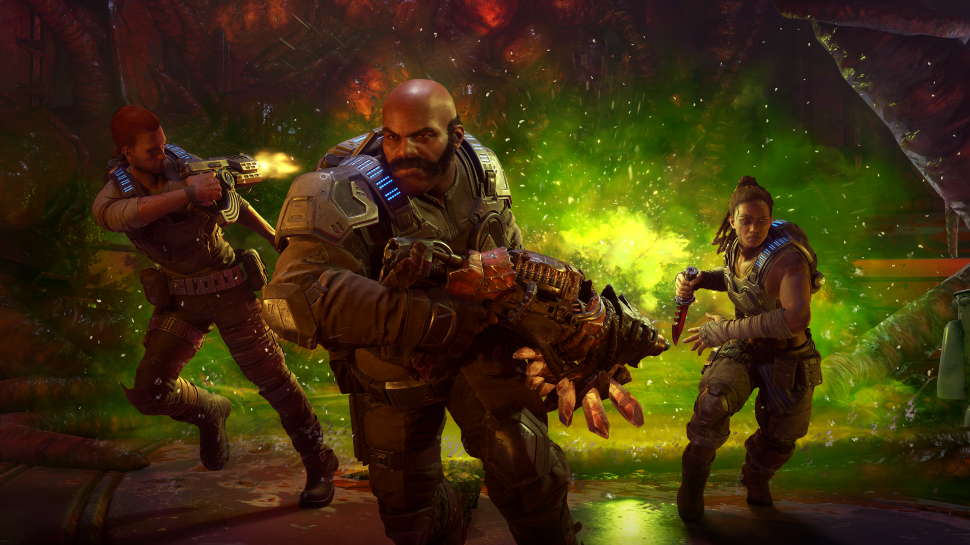 11/02/2022 at 18:41 by Jusuf Hatic – Why did Epic Games sell such a successful franchise as Gears of War to Microsoft? For ex-game director Bleszinski, the answer lies in a lack of future vision for further offshoots.

Several years after the sale of the Gears of War franchise to Microsoft, then Game Director Cliff Bleszinski spoke up and in an interview with IGN he explained the reasons that led to the sale. Epic Games, who were originally behind the Gears of War series, didn’t know what to do with the franchise anymore after Bleszinski, Lee Perry (gameplay designer) and Rod Ferguson (producer) left the company.

After the exodus of the minds behind Gears of War (buy now), Epic Games had no future plans for further offshoots of the series, and although the Unreal Engine achieved good results, the company was probably dependent on the income. However, the sale of Gears of War was able to finance further growth and other projects. Bleszinski also commented on Xbox boss Phil Spencer, whom he describes as a “gentleman”: After all, Spencer was the only person involved who called him after the Gears of War sale.

Since Microsoft took over the franchise, the games are developed by Xbox Game Studio The Coalition. With Gears of War 4 and Gears 5, they have already been able to release two successful sequels and are currently working on another Gears game – the title, which is not yet known, is supposed to run on the basis of the Unreal Engine 5, which happens to be developed by Epic Games. It is not yet clear whether this is really Gears 6. The rumor mill immediately flared up after it was announced that Microsoft was specifically looking for motion capture technicians for the Gears of War franchise.

However, Bleszinski himself criticizes the two Gears games developed by The Coalition. In his opinion, the new installments don’t have the same heart as the original trilogy, which was still produced by Epic Games. The development studio may have maneuvered itself into a narrative dilemma that would make more gripping stories more difficult.

Hazelight Studios : "Something damn cool" - Josef Fares on the next project

Bloodthirsty cooking sim Godlike Burger is out for consoles

Football Manager 2023: The Xbox version is a step ahead of the PS5 edition!

Soul Hackers 2: subdued sales according to Sega, which hopes to make up for it in the long run

Leak: Avengers Story: Kang Dynasty is on the Internet