It is true that the author of this threat has already been located, but when an idea works, there is no lack of people wanting to execute it. So the messages keep coming. They talk about a broken smartphone screen, a temporary affliction and so on. But why does this Hello Mom, Hello Dad, and others scheme work so well? There are actually two. On the one hand, some people are inexperienced when it comes to using technology. On the other, the society we have become.

The issue of inexperience is easy to understand. After all, in some cases it is not easy to deal with new technologies. In fact, this is why phishing (via email) and smishing (via SMS) attacks work so well. Even among people who are more used to these wanderings. What is already more difficult to understand is when some schemes work due to the more disconnected society we have become.

Whether it’s for work reasons where we have to dedicate much more hours to companies, or for a simple disconnection due to the hectic day-to-day life, in some cases and especially at certain ages there begins to be a certain distance between parents to the children, or of the children in relation to the parents. 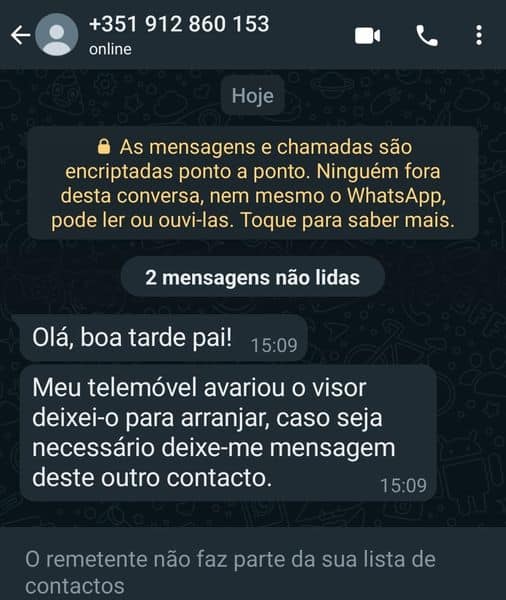 In fact, it is necessary to see that for this scheme to work it is necessary that a parent does not even recognize the expressions that a child usually uses or the way of speaking, or in this case of writing. I even saw a very funny comment in which a father said that it could never be a message from his son because no one ever treated him for you. This is one of the examples in which the Father actually recognizes the son. Now receiving a message asking for money, giving it and not even suspecting that there is a small chance that person is not the son or daughter is more complicated to understand.

It is true that each case is different and there can be hundreds of reasons for a person to fall for the scam.

In some cases even angry families and parents who received a request from a child who thought they didn’t even speak to them. That is, some situations can even be very well justified. However, such a high number of people falling for this scheme already raises some alarm bells. 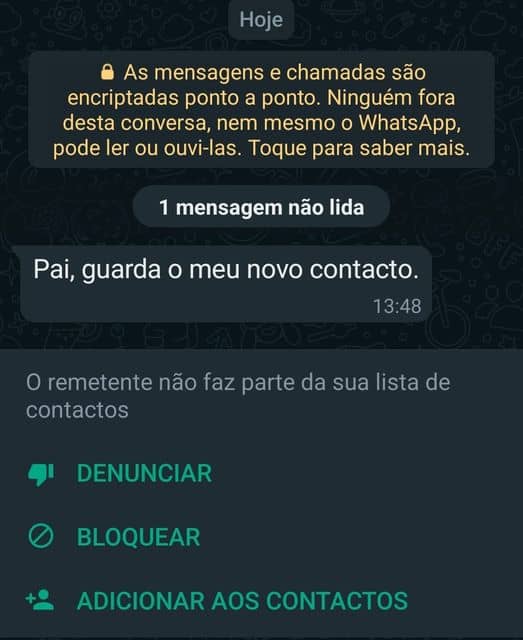 How to be protected from this scam?

In the case of messages that arrive via WhatsApp, the first thing you should do is immediately call your son or daughter to see if the request actually corresponds to the truth. This is actually the simplest way to find out. Anything that escapes this, in case of doubt, always be suspicious.

It’s just that even the messages can even have real photos of a son or daughter, but they were removed from social networks and it’s all just a social engineering scheme.

Be careful and don’t fall for this Hello Mom and Hello Dad scam.

Critical decision about the much discussed robotic delivery program from FedEx!

What are the features that come with macOS Ventura?