Bloomberg reported today that video game publisher Embracer Group AB is closing Onoma, the studio formerly known as Square Enix Montréal, which it acquired just a few months ago. Apparently, the matter is in some kind of rebranding or abandonment of it, because the same report mentions that the disbanded studio was the developer of the mobile games Hitman Go, Hitman Sniper, Lara Croft Go, Deus Ex Go, Hitman Sniper: Shadows and Tomb Raider Reloaded and no mentions of major studio projects.

On Tuesday, the company told employees that some of the staff will be transferred to the main studio, Eidos Montreal, according to the publication’s insiders.

According to the journalist Bloomberg, and insider, Jason Schreier, the main team of Eidos Montreal did not suffer, but rather replenished with new personnel, and at the moment the studio has started work on the game on a new IP and on a new Deus Ex, which is still at a very early stage of production. The company also plans to partner with Microsoft Corp. in the development of some games, including one of the games in the Fable franchise. 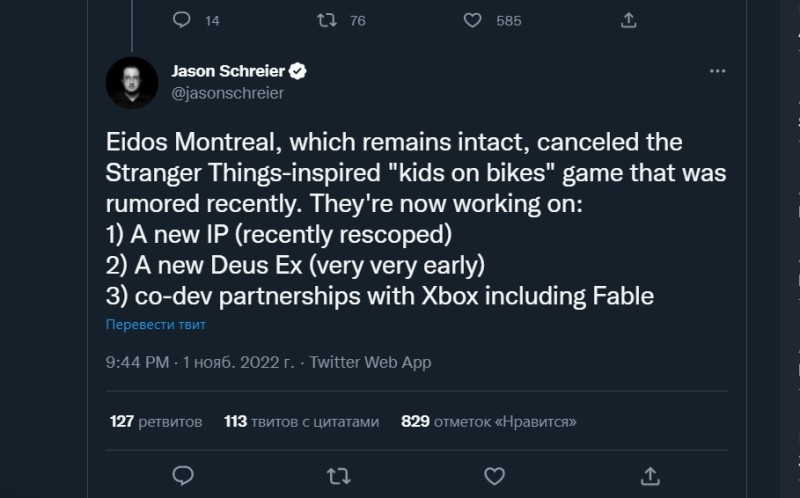 Spalletti: "We created scoring chances, but slowed down in the end"