The “Jurassic World: Aftermath Collection” is also one of the titles that will find their way to PlayStation VR2 in the coming year. A specially adapted version of the title is promised, which should make active use of the technical possibilities of the VR headset. 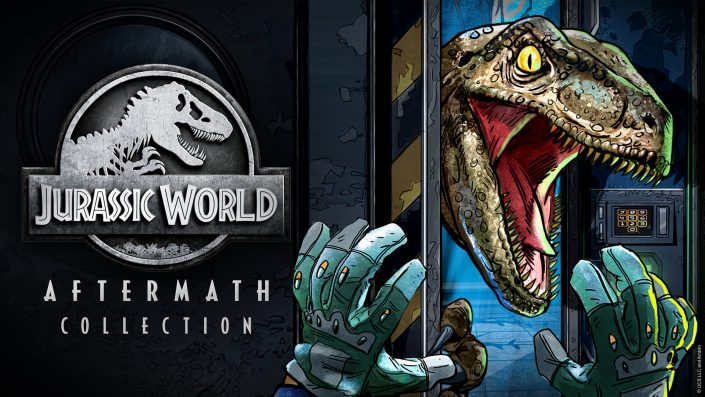 Today, Sony Interactive Entertainment not only announced that PlayStation VR2 will be available in Europe from February 22, 2023.

In addition, a whole bunch of new titles for the virtual reality headset were announced. Among them the “Jurassic World: Aftermath Collection”, which will be released for PlayStation VR2 in the course of the coming year. The collection is being made by the developers at Thunderful and will offer technically revised versions of the two survival adventures.

A reunion with Dr. Ian Malcolm

As part of the fully voiced story, directed by Laura Bailey and Jeff Goldblum, who reprises his role as Dr. Ian Malcolm hatches, your task is to gather valuable information while surviving in a world full of dangerous dinosaurs. On PlayStation VR2, the “Jurassic World: Aftermath Collection” will receive various technical improvements that, according to the developer, will ensure a particularly immersive gaming experience.

The players not only benefit from the detour into the VR world itself. In addition, a display in 4K and frames per second is targeted. The developers continue: “In addition to leveraging PlayStation VR2’s new features like headset rumble and the use of 3D audio, we’ve added volumetric lighting, improved post-processing effects and faster load times that really enhance the immersive nature of this experience.” According to the creators of Thunderful, more details and real impressions of the PlayStation VR2 version of “Jurassic World: Aftermath Collection” will follow in the coming months. Here’s the official trailer for this month’s Switch version, which gives you a pretty good idea of ​​what’s to come in the survival adventure.

A Plague Tale: Requiem has become a success - the game received a laudatory trailer

Big crush on Amazon! Already a promo on this new Apple Watch 8

Read the latest sports news 2022 from Aroged in Telegram!

Fire Emblem: a cosplay of Edelgard ready to inherit the throne