Mario + Rabbids: Sparks of Hope: the three DLCs of the Season Pass revealed, with release periods

Nintendo and Ubisoft have revealed what the three DLCs that will be part of the Season Pass from Mario + Rabbids: Sparks of Hopean exclusive title for the recently released Nintendo Switch, also indicating the publication period. 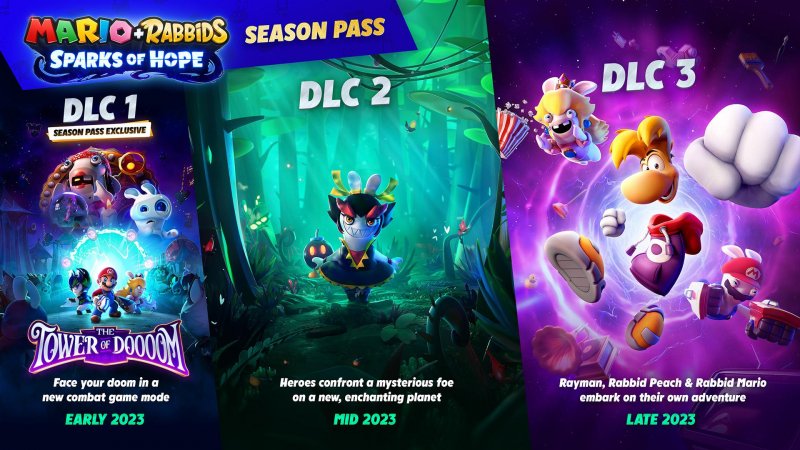 The images of the three DLCs of Mario + Rabbids: Sparks of Hope

In reality, not very many have been provided detailsbut the ones that are there still look interesting.

Il DLC 1 it will be called The Tower of Doooom (with four “o” s), will be released in early 2023 and is described as a new combat mode in which the player will have to face his destiny. It will be exclusive to the Season Pass, so it will not be purchasable individually.

Il DLC 2 does not yet have a name, it will be released in mid-2023 and will make us clash against a mysterious opponent on a new planet.

Even the DLC 3 It does not yet have a title, it will be released at the end of 2023 and will have as protagonists Rayman, Rabbid Peach and Rabbid Mario in an adventure that will see them involved, no one knows yet what.

Even the official Season Pass page on Nintendo’s official website does not report any other details, so you have to settle for it, at least for now.

15 most popular cryptocurrencies in October - BTC, SHIB, DOGE and others - Aroged