Roll up the yarn and scrub the deck until it’s shiny! Return to Monkey Island will make its triumphant debut on November 8, 2022 on PlayStation 5 and Xbox Series S|X. 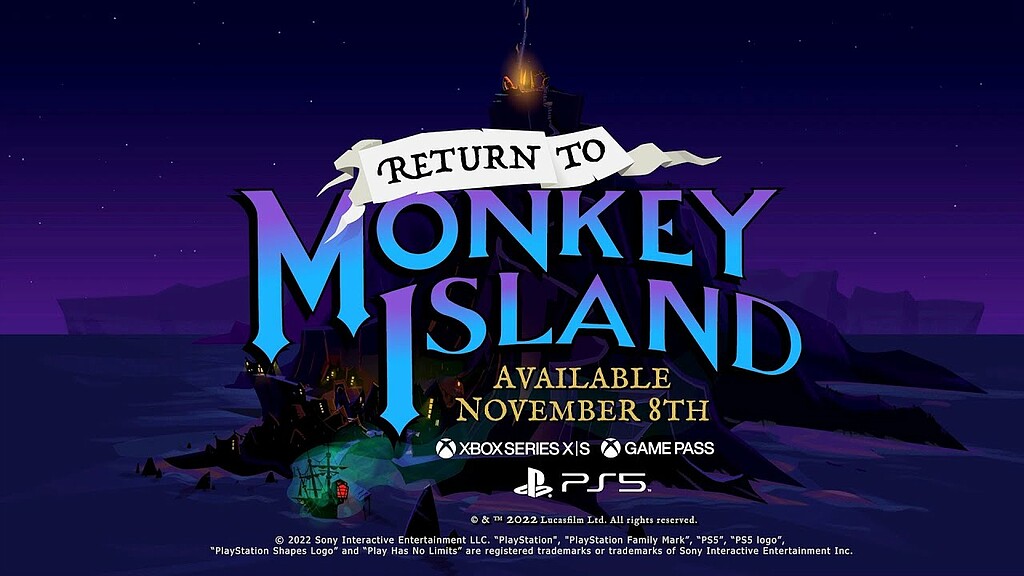 Additionally, Terrible Toybox is pleased to announce that a re-recorded German voice-over for the game will also be available on November 8th, starring original Guybrush voice actor Norman Matt once again in his iconic role – supported by a talented new cast (and maybe even a surprise or two).

“Return to Monkey Island” is the unexpected and exciting return of series creator Ron Gilbert and skilfully continues the story of the legendary adventures “The Secret of Monkey Island” and “Monkey Island 2: LeChuck’s Revenge”. The game skillfully modernizes the classic point-and-click gameplay and manages to transport the charm of the legendary series into the present. It was developed in cooperation with Lucasfilm Games and has already inspired countless budding pirates on PC and Nintendo Switch.

The trial and error surrounding Monkey Island’s most famous mystery leads Guybrush Threepwood – intrepid hero, leather jacket salesman and powerful pirate – on a new fast-paced adventure across the Caribbean, determined to solve the elusive mystery once and for all. The journey back to Mêlée Island would only be so nice if it weren’t for old friends, enemies and casual acquaintances waiting there.

As Guybrush and his best enemy LeChuck prepare to meet on the high seas, a new generation of pirates seems primed to ruin the reunion party forever.

Tales of Symphonia – Story trailer for the remaster

Call of Duty Modern Warfare 2: A highly anticipated mode only for 2023?

Decrease in demand led to the fifth consecutive quarterly decline in the market for phones, tablets and Chromebooks - sales of the latter decreased by 34.4% - Aroged

Netflix: this is the series that is surprising everyone and everything!

Level Zero: A gameplay trailer from the PC Gaming Show, is an asymmetrical PvP horror